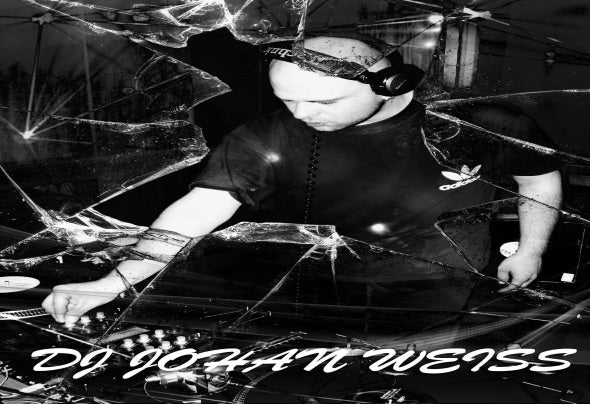 Rac Szabo Arnold aka DJ Johan Weiss was born in Subotica (Serbia) in 1978. In year 1992. he moved in little town called Gromitz in Germany. In that momment he had his first touch with turntables. Love for electronic music became more intense in that days. In middle of year 1995. he comes back in his hometown than he made a new friendships with local DJs and start to playing with them. His DJ carrier get even better in next few years. In the middle of that time he made a one new friendship with DJ Nosijan who promote him in year 2002. as residet DJ in Palladium club in Szeged,Hungary. 2003. was year when he was DJ in organisation First Club Production and starts to co-operate with Nosijan. He lead him to bokings for playing with DJs like his favorite Marco Carola, and others like G-Force, Felipe, Adam Bayer, Marco Bailey, Gaetano Parisio, Danilo Vigorito, Ade Fanton, Rino Cerrone, Jim Masters, Marusha, Gayle Sun, ... In year 2015. he started to producing. Inspirated by his idol Marco Carola and supported by friends, he releases first EP on Elexpread records. After two more EPs on same label he started to produce some softer sounds. He directs his tracks to deep and tech house. In few months, he and his friend started Underground code records and Emperor recordings. Because of different styles he left Ucr and become only Ceo in Emperor recordings. He released many EPs, singles and remixes on popular labels like mTechno Records, Black Turtle Records, CrackHouse Recordings, Barcelona Beats Records ,Atum Record, Crazy Friends music, MTZ Records, Iberico Techno Lable, Society Music Recordings, Iconos Records, Katarzis Records, VFTR Music... Also he remixed and released on Emperor one of MTV Adria hit songs Naopaka pesma.