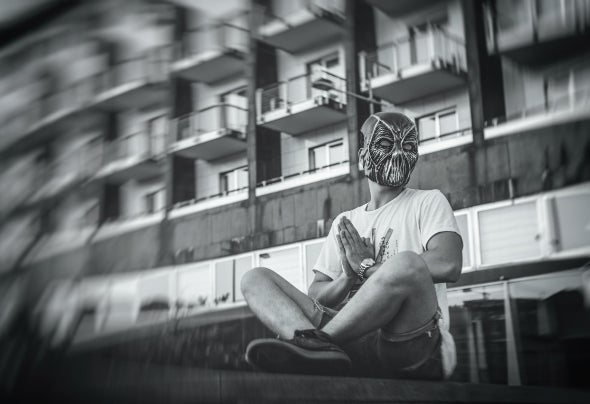 Hailing from Italy, ROG DE PRISCO is an up and coming artist with a penchant for writing infectious music and relatable narratives. Inspired by internationally acclaimed Artists and legends like Beethoven, Mozart, Metallica, Placebo and Def Leppard, ROG DE PRISCO’s music journey began at the tender age of 15 where he started to compose music with the piano. Being an avid storyteller, ROG DE PRISCO is greatly influenced by real life experiences, drawing inspiration for his music from personal experiences and hardships, allowing him to invoke strong emotions in people. Apart from invoking emotions, ROG DE PRISCO also seems to have a unique innate competency to ingeniously present music with multiple influencers including classical, techno and rock, all while maintaining a consistent brand, one of the factors that make this artist one to keep an eye out for. ROG DE PRISCO sound has been bubbling under the surface for a while now and is starting to attract the attention of listeners with his music that exude sheer energy, giving anyone who listens a shocking recharge. ROG DE PRISCO’s ability to create infectious music has already garnered him the attention of many artists, including Amalie Lens, Paco Osuna, Luca Agnelli, Joseph Capriati, Marco Faraone, Richie Hawtin and many others. The artist has also released music via a multitude of labels including Octopus Recordings, Planet Rhythm, I-BAM Recordings and Autektone. Armed with big dreams and plenty of energy to spare, ROG DE PRISCO seeks to positively influence the world and connect with like-minded individuals through his music. ROG DE PRISCO is no doubt, well on his way to becoming one of the most phenomenal producers to ever live in this generation.