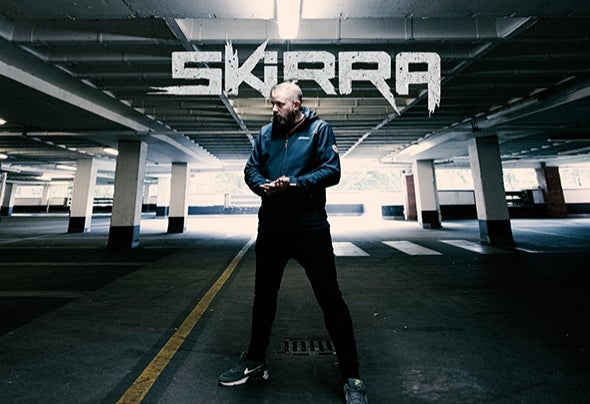 Dark, brooding, relentless... SKiRRA was born from an obsession with Hard and Industrial techno. A true blend of hard, aggressive percussion, haunting synth lines and energetic presence, solidifying his name in the underground techno circuit. Having collaborated with such infamous names as D.A.V.E. The Drummer, Sopik, Natalino Nunes, Ayako Mori, Resistohr and more, SKiRRA doesn't shy away from a challenge, as he has quickly risen to the ranks of one the best modern techno producers around. With numerous Top 10 releases in Hard Techno, as well as industry support from some of Techno's biggest names such as D.A.V.E. The Drummer, Mark EG, Danny Tenaglia, Cristian Varela, Natalino Nunes, Fatima Hajji and A.P. to name a few, SKiRRA's is fast becoming a name of recognition, both in the studio and also on the Hard Techno club circuit. SKiRRA's focus is fixed firmly on delivering consistent, best quality hard, aggressive Techno music that will errupt dance floors globally. SKiRRA is for the misfit, the outcast, the downtrodden, the corrupted ...SKiRRA is the underground at it's purest.