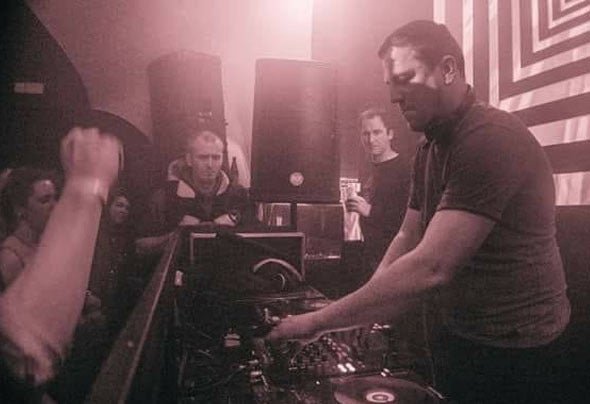 Distek’s adoration for music started in the early 90’s playing a mix of Hard Dance and Trance embarking on his path as a producer using an Amiga500. Recently he’s been proved to be one of the most respected artists to emerge in the UK’s underground Techno scene with his Tough, Funky, Underground style.A few years later he became resident for a number of local clubs and free parties across England and Wales. By 2001 his self built studio was finished and he started to focus on putting his unique sound into every production, by working hard he earned himself and his label ‘Kick The Drum’ respect amongst his peers and a place in the underground Techno scene.Releases mounted up on Kick The Drum, More Punk Than Funk and Maximum Minimum. Continuing with his diversity and drive he extended his talent towards the Hardgroove and Techno sound, gaining releases on SUB CULT. Distek’s own style works well in these genres and has grabbed the attention and support from many different artists. His tacks have received rave reviews in the press from the likes of IDJ and Upront magazines while producers like Dave T he Drummer, Mark EG and Ignition Technician have also voiced their commendation and support.With all the hype around him it’s no surprise he’s had the advantage of DJing and playing Live Sets across the UK and Europe alongside some of his heroes including Dave The Drummer, Ben Sims, DJ Rush and Concrete Djz!