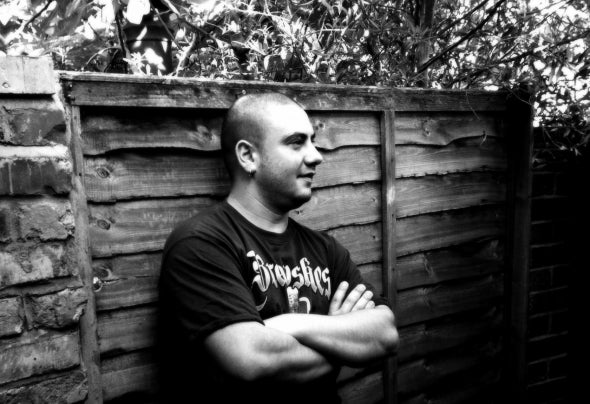 During the last 15 years, the moment you see his smiley face, you cant stop dancing to the rhythm of a hard, melodic, and happy and sharp like a knife, as he defines: Hard Banging Energy Techno. We could say Marcello Perri is one of the best djs of London underground techno scene. Born in Sardinia(italy) leaving at the age of 19 after, forming part of a rock band. Marcello was involved in many of London’s music atmosphere, starting with hard acid trance parties and discovering a bit after what was a real squat party that everybody was speaking about it. He tried to follow the techno music in Italy but the rhythms and vibrations were not what he was looking for, finding then what he really expected in illegal parties in London: Underground Techno!! Marcello starts to following all the big names as C.Liberator, Geezer mcaffer, and especially Dave the Drummer. Of course it was hard at the beginning as is it is for anyone starting in this ambient, but no less joyful. Believing in him self in May 2001 Marcello played at the first squat party in Leyton Market, after this brilliant experience everything started taking place, from that moment the crowd always waited impatiently to dance to his music. In fact in a year time he starts to play in the biggest clubs event, as Free Energy, We want you (2), Chemical Warfare, Family Groove, and thanks to the underground sound system that the gave him the chance to achieve, like Malfateurs, Underground Sound, Twisted, restless Native and particular Manik Sound. Marcello did not work just in UK, but he also is recognized in Spain(Galizia,Corunabarcelona), Poland(warsaw,lublin), Italy (Old River Park, Napoli,roma,sardinia area mito),Ceck Repuplic,Bulgaria, but this was not enough, he has also conquered the South American public, as well as the biggest promoter of Paul Van Dick, in Venezuela (Caracas,Valencia, Maracay e Maracaibo),Colombia(pereira,bogota)Brazil(Sao Paulo)there will be proximately other collaborations with English artists