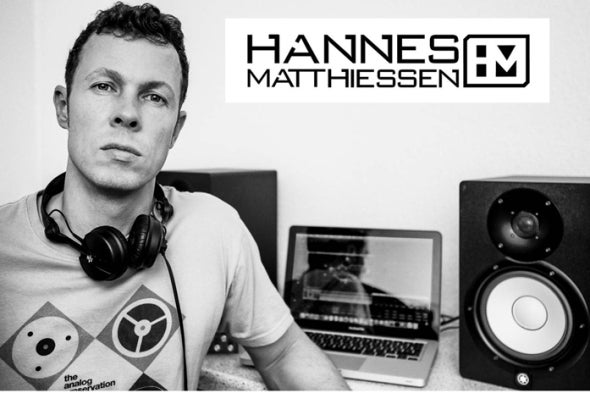 Already in young years he discovered his passion for music and bought his first records at the age of 12. In 1995 he purchased his first professional turntables and started spinning records. His career as a DJ started in 1997 with a 3-years residency on the techno floor @ the legendary Tunnel Club in Hamburg. Bookings throughout Germany in popular clubs like Poison Club Düsseldorf,Alte Weberei Nordhausen, Phonodrom Hamburg and Warehouse Cologne as well as on big festivals like Liberty One, Nature One and Watergate, Munich followed. Together with his former studio partner "Chopstick" he released several tracks, projects and remixes, including a remix for the famous DJ Misjah & DJ Tim's evergreen "Access" formerly released on X-Trax Recordings. His Techno version of "2 Unlimited - Twilight Zone" on ZYX Music was even released as maxi CD.Due to some striking events in his life and the study of business psychology, he interrupted his artistic outpout for several years. Recently, Hannes Matthiessen has made many releases on labels such as: "Elektrax Recordings", "Dark Techno Recordings”, “Achromatiq”, "Phat Dope Shit”, „Dance of Toads Tech“, „Finder Records“, as well as „Ace Up My Sleeve", "13 Schallplatten" and "Beast Factory". In 2017 also a dream came true for him as he was booked for the legendary Sisyphos in Berlin as well as playing @ one of the greatest clubs for Techno music on this earth: The Tresor Berlin. He is constantly working on refining his energetic and straight forward Techno sound.