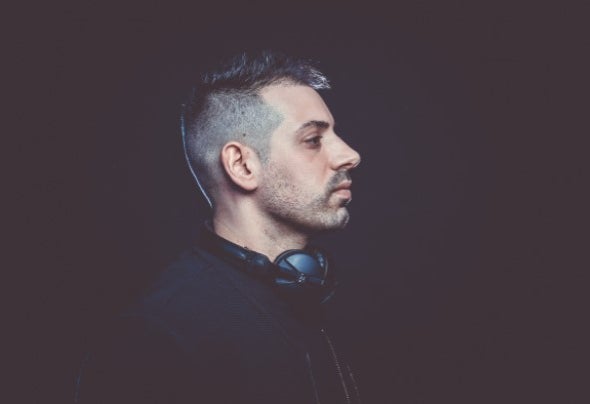 Luca Barracu, known by his Stage name, Luca B is a Dj/Producer of electronic music genre Techno. Since a young child it was understood that the music created by analog synthesizers and electronic machines aroused him strong emotions. In the end of the 90 ́s, he has taught himself deejing with different musical genres going from House to Techno but as time passed, Luca B aroused more interest in the techno genre, that for him is a form of Art that crosses the ears, affects the heart and takes the soul. Luca B 's music vision is vigorously straight forward, melodic, a little acid with dark accents. He starts producing music in 2018, after studing as "Self taught" for passion. His music journey began when he was discovered through Instagramm by the Label Wechselstrommusic. He becomes the offer to introduce his own music and to release his first tracks on it. Later, he becomes the offer to release at the Label Lazuli Records signed with the track “Inferno“ in collaboration with Djane/Producer Reanna Peris and on the Label Maketronic Music with his track "Distorted Mind". With True and faithful Engagement several tracks are released on different Labels like Ikona Records, Gryphon Recordings, and finally at Throne Room Records with the track "Molecular Injection" produced together with the great italian Dj/Producer Devid Dega incl. a strong remix from italian Dj/Producer Hollen owner of Prospect Records and ranking under the Top 100 and Hype charts of beatport. The track was supported also from big artists such Richie Hawtin, Ilario Alicante, Paco Osuna, Joseph capriati, Mark Greene, Barbuto, Elektrofanatik, Bilboni and much more.