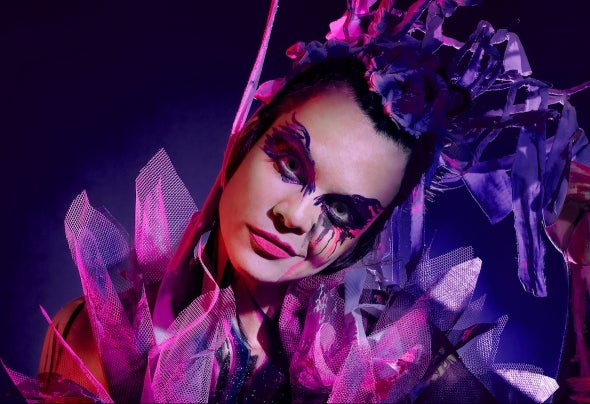 Do not expect a usual bio because Ella De Vuono has nothing to do with usual. One of Ella's main characteristics is the ability to stand out, running away from sameness and delivering the best she does: the art of disk jockeying. Whether with four decks or sliding her fingers on turntables, Ella has been recognized for blending seamlessly repertory, feeling and technique as the three pillars that sustain her talent. Authentic, performatic and with energetic sets, the Brazilian DJ and Producer Ella De Vuono goes beyond the sound itself and always delivers a remarkable presence by also wearing body painting with meaningful messages. Her experience and boldness can be felt through scratches and acapellas and smooth transitions among several genres as House, Disco, Techno, Breakbeat, Synth-pop, Electro. Her eclectic profile has been approved not just by the main Brazilian and South American dance floors, but also some European clubs and parties. Ella has also been collecting great achievements as earning BURN DJ Residency Brazil 2019, DJ Challenge Brazil 2012 and also being the first female resident DJ of Carlos Capslock, one of the main parties of the São Paulo music scene. As a music producer, Ella has released tracks through music labels as M.U.R (Miami Underground Records), Perception Corp, High Pro-File Recordings, Krafted and had support from Maceo Plex and Paco Osuna. Independently, she released the track "Assédio", produced with vocals of a famous Youtuber Jout Jout - it's already considered an anthem. Stay tuned for more! Do you want the brief version? Ella was born to make people dance.