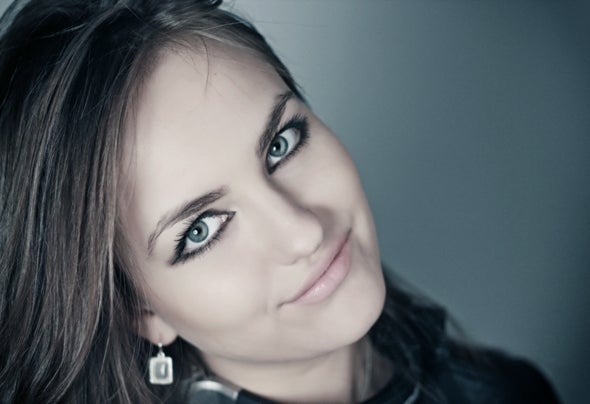 Ange is a bright vocalist, producer and Dj from Russia. She is one of those few artists who perform both Dj sets and live vocal. Her vocal career started in 2001, and in 2008 she became a Dj. Having formed her musical taste, she devotes herself to Tech House music as a Dj, but as a volalist she prefers Progressive House, Progressive Trance styles. For a short period of time Ange has reached a lot: releases on many world labels, like Black Hole Recordings, Armada, Enhanced Records, Shah Music, Baroque Records, Moonbeam Digital, Luxury Music, Morphosis Records, Avenue Records etc., collaboration with many well-known projects as in Russia, as abroad, live performances in many clubs, open airs and Dj cafe, tours all over Russia and abroad, her tracks are in world top dj compilations and got support from such artists as Armin Van Buuren, Tiesto, Alex Young, Markus Schulz, Matt Darey, Miss Nine, Ahmet Sendil, Dj Shah, Alex Young etc., she also owns her radio show on Pure.fm "Matrix" and has her guest mixes on such Top internet radio stations as DI.FM (USA), Proton Radio (USA), Frisky Radio (USA), EnSonic.fm (Germany) etc., and she isn’t going to stop on the reached. Ange is beloved thanks to her unique beautiful voice, individual style and pure taste in music.