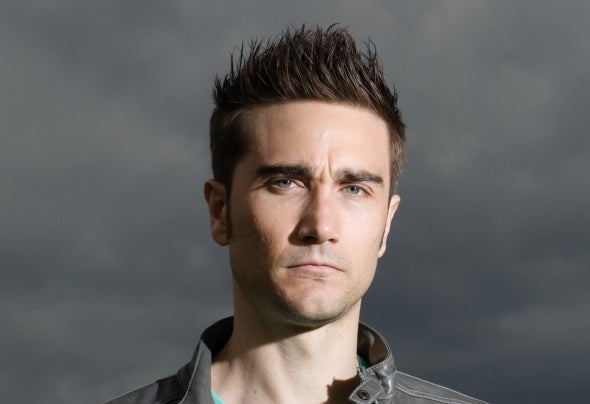 Ehren Stowers has been a regular on the London Trance scene for many years. He brings with him, years of successful experience as a Producer, Promoter and DJ. With recent signings to Armada's 'A State of Trance' & Flashover’s ‘Levare Recordings’, Ehren's productions have received support from the biggest names in dance music. From the world's current number 1 trance DJ - Armin Van Buuren himself, to Paul Van Dyk, Tiesto, Ferry Corsten, Paul Oakenfold, Markus Schulz, Above & Beyond & Judge Jules - the list just goes on.Ehren has collaborated in the studio with artists such as Julie Harrington, Emi Jarvi, Corderoy, The Viceroy, Mystery Islands and Simon Bostock. Not content to stop there, Ehren also writes music with Andy Young (Bio music) under the guise of ‘Stowers & Young’. He has also had other releases on Flashover, Perfecto, Discover, Kill the Lights, Mondo Records, Monster Tunes, Perceptive Recordings & Insight Recordings.A DJ first, Ehren has played at many of the the top clubs in the UK capital – including the legendary Ministry of Sound/ Turnmills (The Gallery), ‘Egg’, ‘Heaven’, ‘The Mass’, ‘SE1 Club’, ‘Hidden’, 'Scala', ‘The Fridge’, 'Pacha' – and has also played as far away as New Z ealand. He has played alongside the best DJ's in the world, including taking over from none other than Armin Van Buuren and has supported many of the biggest DJ’s in dance music, incl Paul Oakenfold, Ferry Corsten, BT, Judge Jules, Christopher Lawrence, Steve Lawler, Tall Paul, M.I.K.E (Push), Scott Bond, Above & Beyond & more.In late 2003, Ehren formed Trance Generation - a club night that dared to be different and was just that. Running regularly between 2003-2006, Trance Generation featured many of the best names in the scene - from Above & Beyond, Simon Patterson to John O 'Callaghan.Ehren also currently hosts the monthly Recoverworld Radio show on DI.fm (to listen goto http://www.recoverworld.com/radio.php ). Ehren also hosts the Trance Generation Radio Show, with producer/DJ Corderoy & Trance Generation's other founding father - Gary Ramsden. The 2 hour Trance Generation Radio show, features the best in trance music & is currently broadcast across 10 stations across the globe. To listen to the latest episode goto - http://soundcloud.com/ehren-stowers.As if this is not enough, Ehren is also A&R / Manager for a label called ‘Insight Recordings’ with partners Andy Young & James Cognet. Releases have been supported by all the top DJ’s and regularly feature on the biggest play lists and compilations around the globe (www.insightrecordings.com )