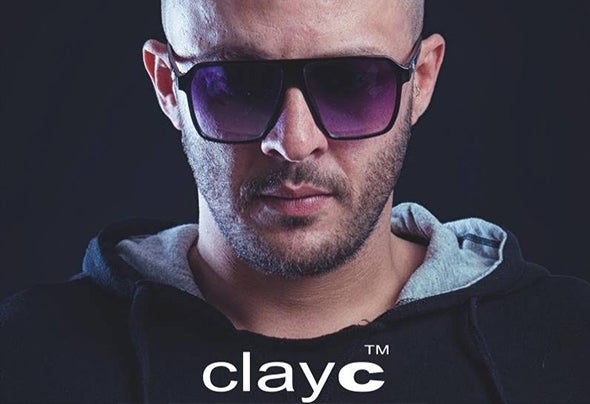 About ClayC Clayton Coleiro A.K.A Clay C was born the 7th July 1982 on the sunny island of Malta and at the age of 16 dreamt of becoming a dj. He started practicing progressive trance at his friend's house, a few weeks later, he met well known local DJ K-man who thought him a few basic skills, leading him to buy a set of decks, mixer and basic sound to get started. A few months later his dream became reality when DJ K- man invited him to do a warm up set at one his events “The K-man experience” held at Strings.Clay-C’s ability to get a dancefloor moving with a warm up set was soon noticed by other promoters and Clay C was soon given him his first couple of residencies, one with Nova a techno/trance night held at Liquid and another with Bolts Productions at Tattingers, which were during that time the island’s most successful clubnights, although the nights soon cam to an end due to the fact that the clubnights fading away due to introduction of bigger events, these residencies gave Clay C further opportunities joining Rype and Real Muzik for all there Joy Events and another joining Fresh Music Agency who are well known for importing the biggest names in dance music for their events, Fresh Music Agency is also the island’s top booking agency and also added Clay c to their roster of local DJ’s. Clay C was soon seen on many flyers for top events like MTV,, MASTERCLASS SESSIONS, TRIGGER, (Now promoted and owned CLAYC & GUESTS events by Clay C and many more top dance events, these events have given Clay C to play with the likes of Tiesto, Jam&Spoon,Ferry corsten (warm up) Marco V, Mauro PicottO, Judge Jules, Eddie Halliwell, Gabriel&Dresden, Armin Van Buuren, Paul Van Dyk, John Askew,(warm up) Green Velvet, Scott Bond ( warmup), Marc Et Claude, Azzido Da Bass, Marcella Woods, Jan Johnston, Hernan Cattaneo, Motorcycle, Sander Klienenberg, Andy Manston, Gavyn Mytchel, Joy Kitikonti, Tomcraft, David Guetta, Darren Emerson, The Horrorist, Graham Gold, Umek, Johan Gielen, Matt Hardwick, CJ Bolland, James Holden, Nadia Ali, Oliver Klein and the list goes on, Clay C’s ability to cross over various styles of trance have earned him both warm up and peak time sets with the above mentioned artists. Nowadays Clay C is also busy organizing his own events , L’esperanza and Clay C and guests are both doing very well on the local dance scene seeing numbers even hitting over 1000 clubbers on some occasions, the artist portofolio for these events have seen the likes of Markus Schulz, Miss Shiva, Ernesto&Bastjan, Solarstone and many more top names still to come during future events by Clay C’s promotional organization ‘Bolts Promotions’ who’s aim is to import the rising stars in the world trance community. 2007 sees Clay C busy with a number of events, guest sets at other top events and even some International Gigs like Austria , Greece , Brazil and more !!