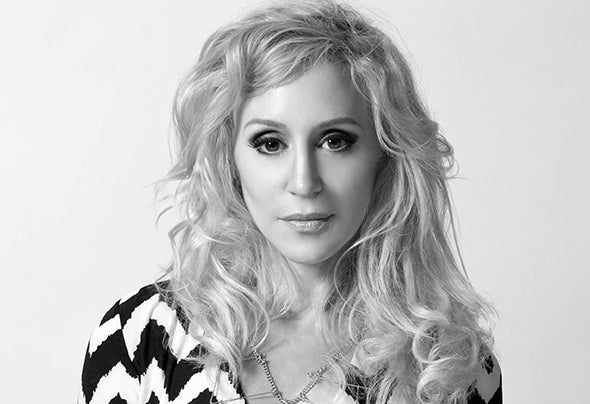 It is a commonly held belief that leaders are born, not made. If this is true, then JES’ position in the world of EDM can only be described as her birth right.In a world where few have the vision, creativity and will power to carve their own distinct niche JES has excelled in exactly that. One voice and vision that has forged a career path that is often imitated, but rarely equaled. JES’ extraordinary voice and passionate songwriting has won her the respect and adoration of both the music fans and industry across the globe, releasing songs with the very cream of the international EDM crop.T his chart topping, award winning New Yorker has packed four solo albums, two Billboard #1 singles, international touring and countless superstar DJ collaborations into five short years as a solo artist. Since her legendary release“As The Rush Comes” with Motorcycle redefined the landscape of EDM, JES has propelled an unending stream of solo hit songs and collaborations with a who’s who of the worlds most prominent DJ’s including TIesto,Armin Van Buuren, Paul Oakenfold, Above & Beyond, Kaskade, BT, Richard Durand, Cosmic Gate and Roger Shah. JES has collected awards from the prestigious International Dance Music Awards at Miami’s WMC, The ISC (International Songwriting Competition ‘08’ 09 and ‘10) and topped Billboard’s “Most Played Dance Songs of the Decade” chart (2000-2010). Her tours have touched the shores of 6 continents with landmark shows at international events such as the Beijing Summer Olympics.Always seeking out a new path, JES added DJ’ing to her legendary performances and launched a hit weekly mix show and a comp album franchise to support it. “Unleash The Beat” has enjoyed runaway success syndicating worldwide on over 60 stations in 18 short months of broadcast. Dj’ing has also become a central part of JES’ live show where she mixes while she sings, once again leading a new revolution in EDM performance culture. “Music has been a big part of my life for so long it’s hard to imagine a day without it. It’s always been about being true to one'sself, and that honesty will resonate with somebody out there. Every day I read messages and posts from people that have felt something from my music and that’s what pushes me on and keeps me going when things get tough. Knowing that you’re not alone, that someone else out there understands what you’re feeling right now.”Since being signed by Tiesto to his (then) own label “Black Hole Recordings / Magik Muzik” in 2007 JES’ career has developed at a dizzying pace. Tour performances across the globe with every major club brand combined with collaborative and solo chart and dance floor success have enabled JES to stay one step ahead in a genre that can sometimes seem overcrowded. It is said that if you want to know the future then look to the stars. In this case it would seem, never was a truer word spoken.