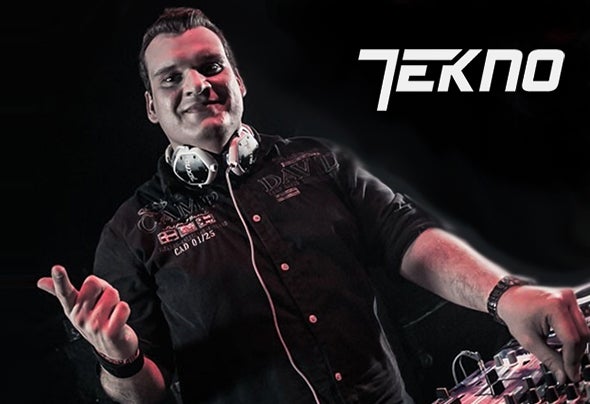 Polish DJ & Producer TEKNO was born in Germany in 1984. Being raised in Cologne, the hometown of Cosmic Gate, it was only a matter of time until he started listening to Trance & Progressive. In 2009 he opened his own studio where he spent endless hours DJ’ing and crafting his own sound which lead him to earn the support from artists such as No.1 DJ Armin van Buuren, Ferry Corsten, Markus Schulz, Mark Sixma, Judge Jules, Heatbeat, Mr. Pit, Rank1, Lange, tyDi, Faruk Sabanci, RAM, Dennis Sheperd, Giuseppe Ottaviani and Paul van Dyk. As a DJ, he shared some Legendary Stages with the biggest names around: Aly & Fila, Cosmic Gate, Gareth Emery, Ferry Corsten, Markus Schulz, Mark Sixma, ATB and Paul van Dyk. Over the last years his productions earned him some big highlights such as Big Keys being selected as 'Track of the Month' by the legendary German duo Kyau & Albert, 'Masterpiece of the Month' by Alex M.O.R.P.H. and earned the prestigious title of 'Future Sound' on Aly & Fila’s FSOE radio show. 2019 has already been an historical year for TEKNO, together with his partner in crime DJ T.H. he founded Entrancing Energized, a sub-label of Entrancing Music focused on energetic and powerful sounds that will shake the danceoor. Since they founded the label, TEKNO’s releases already earned the support of the Trance Legends Armin van Buuren, Ferry Corsten and Paul van Dyk.