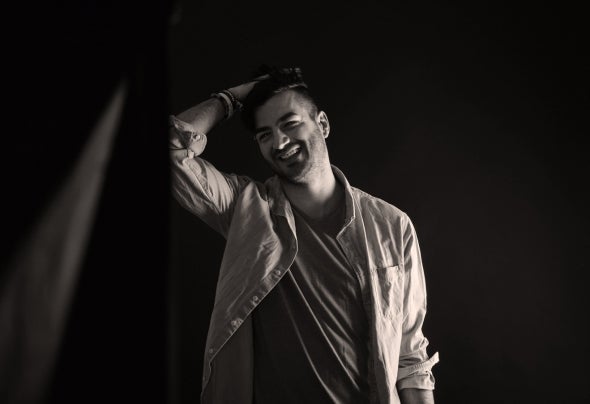 Marko Cubric, known to the world as Vintage & Morelli, is Serbia’s leading trance & progressive producer and is a core contributor to Los Angeles-based imprint Silk Music (http://silk-music.com). His involvement in music began at a very early age. Growing up in a musical family, he went on to study at the Faculty of Music Arts in Belgrade, which culminated in a very dynamic, versatile approach. Heavily influenced by artists such as Dumonde, Riva, Enigma, Era, Above & Beyond, PVD, Agnelli & Nelson, Blank & Jones, and Robert Miles, and stand-out mixes like Peace & love by Dj Tatana, Vintage & Morelli has always been charmed by that frontier where modern technology meets music. His forward thinking approach has led to a deep, uplifting style that invokes many emotions reminiscent of various stages throughout his life. His music has gained support from many of the industry greats, including Above & Beyond, Armin van Buuren, and Paul Oakenfold, and has received rave reviews in DJ Mag, where he also received a featured “Top 10” column. His music has been featured on numerous occasions on Above & Beyond’s “Group Therapy” radio show. He twice appeared as a featured guest of that podcast as well (http://www.aboveandbeyond.nu/radio/abgt167 | http://www.aboveandbeyond.nu/radio/abgt307). Additionally, Vintage & Morelli has achieved top rankings on Beatport & iTunes for his past singles and debut album (“My Rose Enchanted Destiny”), as well as millions of total streams of his music on YouTube and Spotify. Furthermore, Vintage & Morelli is a touring artist, having headlined recent international events in Sydney and Gold Coast, Australia, as well as performing at the Luminosity Beach Festival and equally prestigious Amsterdam Dance Event in the Netherlands. V&M looks forward to more global tour dates this year, as well as the arrival of his second artist album on Silk Music. In the meantime, catch him monthly, as a resident co-host of "Silk Music Showcase" Radio Show (http://bit.ly/SMSiTunes).