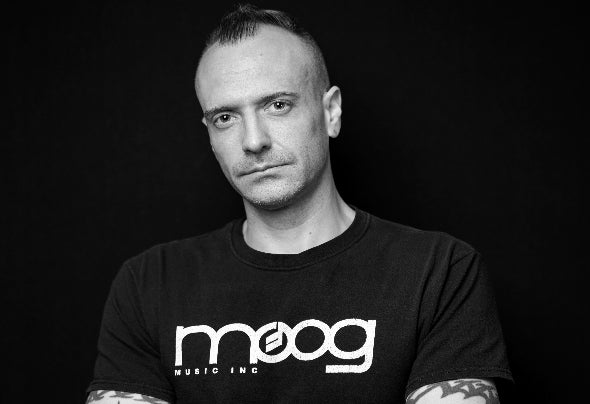 While one may not instantly assume the Washington, D.C., area a breeding ground for talented DJs and renowned clubs, Bruno Oloviani has made the area his stomping ground with both his DJ performances and he has been the one is love for the music. Like many other electronic dance music artists from the D.C. area -- Deep Dish, John Selway, BT, Charles Feelgood . Oloviani first became infatuated by the many early rave events occurring on the East Coast. Yet even before these experiences he had been already spinning records since being a freshman at University of Maryland in 1999. He had moved on to techno and house, After attending his first rave at Club nation, where Scott Henry threw his legendary parties every Friday night at Buzz in D.C. This gigantic event draws clientele from up and down the East Coast with some of the best DJ-lineups imaginable. Of course, all the while Bruno has been improving his DJing skills, often known to drift from breaks to techno and from progressive house, Melodic Techno. Bruno has collaborated with legendary artists like Myon, Noel Sanger, Superstar Keoki just to name a few. In 2019 Bruno had tracks signed to Tiesto’s label Blackhole recordings and EDX’s label Sirup music, joining artists like Nora En Pure, Mike Candys. Bruno is known for his stunning euphoric and hypnotic sets that leave a blissful impression. From Washington DC to his sets at Miami music week, Bruno will always Amaze his crowd with his passion and vast musical knowledge