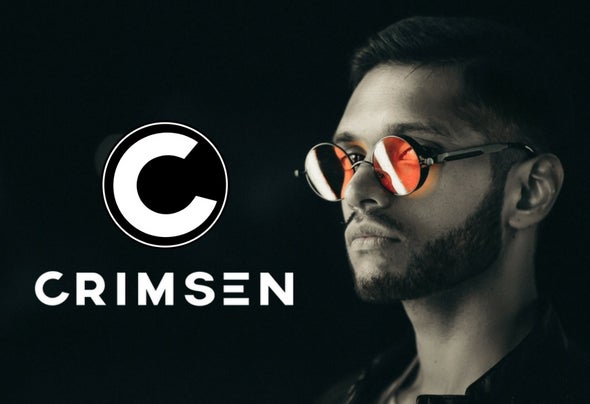 Crimsen is about the groove. His basslines are undeniable. His productions are full, lively and sexy. He’s a producer that knows the studio and knows the dance floor – the guy knows what works. His production career started in the refined world of chill-step under the influence of Phaeleh. After taking cues from producers like Nathan Barato, Jamie Jones and Manuel de la Mare, Crimsen’s upcoming musical output in 2018 grows out of tech-house into new worlds. He plans more ‘song’ focused arrangements and is currently experimenting with the introduction of other genres into his electronic music work. “I’m just looking to pack more excitement into the tracks”.Crimsen approaches his DJ sets with the mindset and disposition of a producer. His energy is embodied in his full control of the sound pouring forth from the speakers as he works loops and sound effects into the sets. Playful samples and memes from current events make appearances when he takes the controls in the booth, adding an element of edge to the Crimsen club vibe.Born in India, raised in Qatar and Kuwait, Crimsen now calls Toronto home. He has conducted the dance floors of CODA, One Loft, Electric Island and Circus in Montreal. His records under his former artist alias “FunkXRish” have been released by Smiley Fingers, Chapeau Music and Claps Records. And so from these wide influences, for Crimsen it always comes back to the groove. And that’s music to everyone’s ears. Contact: crimsenmusic@gmail.com