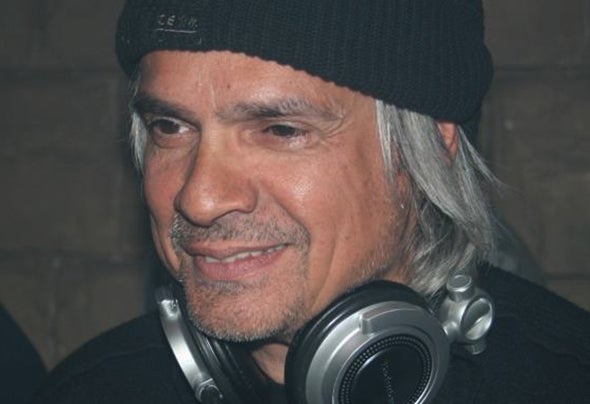 After a degree in commercial studies, Albers played in the Dutch national baseball team and was triple Dutch wrestling champion. Then, he started his career as DJ, and was a radio and tv host on music and sport programs in his country for eleven years (one of them was elected “best Dutch dance show” three times). He organized the annual Dutch Mixing Championship five times. In 1992, under the pseudonym Jaydee was signed by the Belgium’s leading dance company R&S Records and they released the hit, “Plastic Dreams“, which reached number-one on the US Billboard Hot Dance Music/Club Play chart, furhermore it reached in many countries the number one position!! This song, an instrumental, featured a prominent Hammond organ style synthesizer melody, played in a jazzy, improvised manner. “Plastic Dreams” continues to be played today as the house anthem of all times , still played by the big names all over the globe. Jaydee got a chance to host a revolutionary radioprogramm called ‘For those who like to groove’, probably one of the most intimate dance programs of all times. Unfortunately it lasted only for one year, he received an award for the best national radio program in 1992. After he left the national radio station Jaydee started a club in Vianen, called the ‘Binnenplaats’. The music was progressive house with lots of famous Dutch/Belgium deejays that performed over there. The club closed because several problems with the government, and Jaydee started to work for ID&T. In a short while Jaydee became director of the radiostation that time only on cable! But the impact was huge, finally a radiostation with dance only. Jaydee made contracts with Armin van Buuren, still on the radio, invited the best of the best to make this radiostation the best in the Netherlands, after a crash with headchief Duncan Stutterheim, Jaydee decides to leave and hits the musicscene again with a summer floorfiller called Fiesta. In 2000 remixed and became even a bigger hit with Summerjam In 1997 Jaydee was the producer of the worldwide hit Fiesta from the Sunclub, not to mention the long during number one position of Que Si Que No, 18 weeks number 1 in the Dutch Dance chart, produced by The Sunclub !!! His underground feelings were Karnak – Black Moon and White Rain on Tribal USA later Twisted, he played with lots of foreign deejays Danny Tenaglia, David Morales, Tony Humphries, Carl Cox, George Morel, Kevin Saunderson, Armin van Buuren, Ferry Corsten, Michel de Hey and many The Legend Jaydee can play on several parties, danceclassics, houseclassics and minimal tech house, (his favourite!!) Jaydee’s got his own studio producing now for Ellum Audio, the record label of Maceo Plex, and producing deep downbeat house for Electronic Bodyguards, the first album is already out now for more then a year, you can find it on all downloadportals.. Jaydee is resident deejay of Club Charlotte in Munster (Germany) and resident at the famous Chakra Parties in the southern part of the Netherlands.