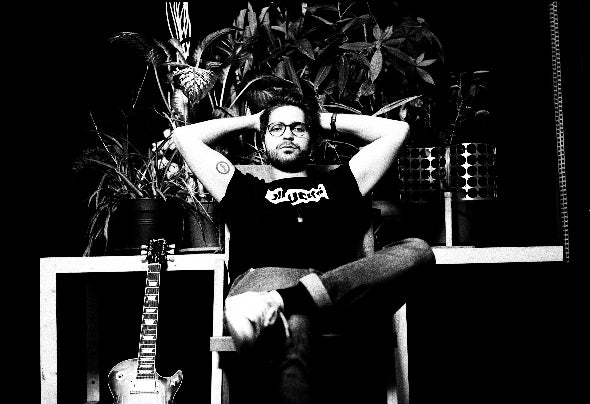 Mostly inspired by the great richness of Jazz and the depth of Blues music, it was during his young age that Farry startedplaying music by experimenting with his first guitar notes. Over the years, his passion for music has developed his talent as amulti-instrumentalist artist by taming new instruments such as piano, bass and drums.Farry's live music is defined by the encounter of his inspirations mixed to analog and organic electronic music who digs itsinfluences from Chicago to Berlin. Always accompanied by his guitar, he composes mostly with hardware and real instrumentsto create a sought-after and unique sound ranging from down to mid-tempo.His successful live project has given him the opportunity to play for many prestigious dance?oors: Feel Festival (Germany),Marvellous Island Festival (France), WAKE (Denmark), Château Perché Festival (France), La Nature Festival (Belgium), and manyothers...In addition to his ambitious solo project, Farry is an active member of the trio Silens (aside Laise and Saint) and also startsresidency with his Tangerine crew which he manages as a duo with Shimon.