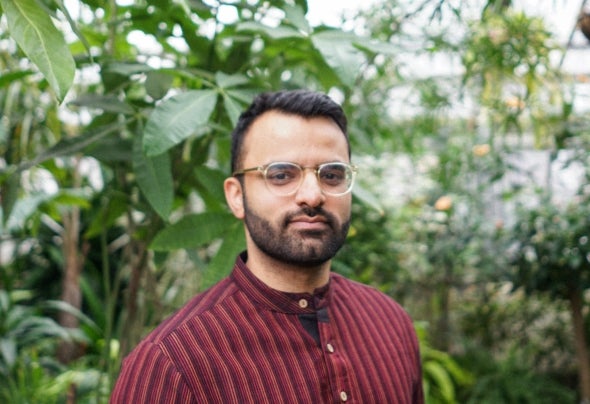 Zoi (CA) was born in Karachi, Pakistan and helped cultivate his local electronic music scene by creating safe spaces for Pakistani revellers to experience techno and house music. He eventually moved to Toronto, Canada, where he pursued technical training in sound while developing a knack for music production. As a producer, Zoi focuses on creating complex soundscapes and deep melodies; all characterized by ethereal twilight overtones. Equal parts musician, and equal parts sound engineer, Zoi endeavours to capture ethereal and moody sounds that aim to embody the complexities of human experience. On the club floor however, Zoi's music is a different beast. Combining insightful elements from his melodies with an engrossing wave of floor-filler mid-level tones; Zoi hits that sweet spot for letting go, and looking within. Zoi launched his music career as one-half of Talal & Zoi (T&Z), a duo that gained traction in the electronic scene with releases featured on Dirtybird, Kindisch, and Traum as well as with artists Stavroz through the Ghent-based collective Moodfamily. The Pakistani born DJ has performed worldwide with names such as KaterBlau (Berlin, DE), Keizerpark Open Air (Ghent, BE), Bushwick's Bogart House (Brooklyn, NY), and Electric Island (Toronto, CA), under his belt. Beyond his productions, Zoi invests himself in nurturing Toronto's music scene through his collective "Untold Stories". A project that has hosted artists such as Kamaal Williams/Henry Wu, Glenn Astro, Maribou State, Nabihah Iqbal and Dauwd. Most recently Zoi has been working closely with Cologne based Traum Schallplatten, and has a busy roster of events and releases planned for 2020.