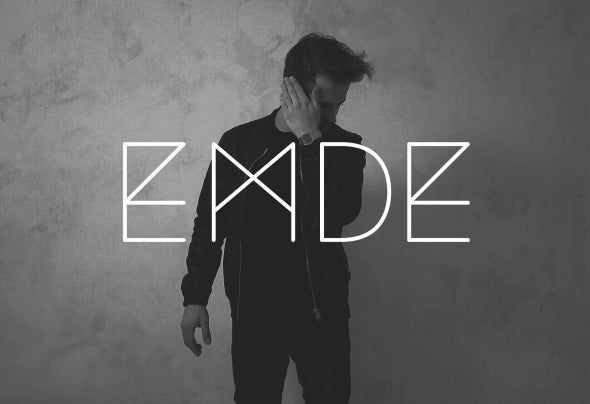 Michał Dobrzyński aka Emde is one of the most promising and the busiest electronic Dj and Producer from Poland. Apart from djing (Emde played in almost all important clubs all over Poland), he is known not only for various collaborations with growing and well-known artists from all over the world, but also for running his own label called Prismat Recordings, whose releases are well-recognized and supported by many top artists. Often invited to play in Europe, Emde finally made it in 2014 and took part in Barcelona’s Sonar Music Festival as part of Talk Music crew. Originally from Hel (the tourist city in the north of Poland), Emde resides in Trójmiasto, the mecca of many genres of polish music, where the world trends have always been quickly followed, partly because of sailors smuggling not only forbidden goods, but also (what was essential for the clubbing scene) the vinyls.The inavailability of vinyls in Poland belongs to the past, but open-mindedness and the search for good music have stayed and Trójmiasto is one of the most important clubbing cities in Poland, as well as a place to be visited by thousands of tourists every year. It is all reflected in the productions of Emde, who draws inspirations not only from the closest to Poland, Berlin scene of house and techno, but also from such countries as Italy, Spain, the UK, the US, or even Japan. The style of house produced by Dobrzyński has led him to many interesting collaborations: the ones with Julio (Italy) and Iori Wakasa, Emde's tracks were released by labels like Suara (Coyu’s label), Nervous Records (NYC) or Save Room Recordings (Florian Kruse’s label). Such important releases cover often such artists as Dave DK, Ada, Martin Eyerer, Mihai Popoviciu, Tapesh, Sidney Charles, D-Nox and Beckers, Haetrik, Affkt, Sante or Soliman and are followed by Luciano, Reboot, Andre Crom, Kolombo, Waif & Strays, Leon (Italy), Gary Beck, Robert Babicz, Nico Lahs, Coyu, Robert Dietz or Pirupa. Some of Emde’s tracks or remixes, even being a few years old) are still played regularly on the sunny beaches of Ibiza. What is important, is that Emde’s own tracks were remixed by such artists as Andre Crom, Martin Dawson, Nice7, Saytek or SCSI-9.