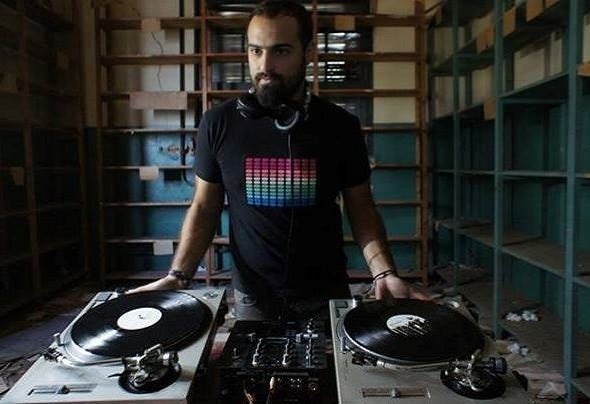 Elis M. Feeling first engaged with music back in 1998. He started dj-ing and producing very young, just 13 years old. He has a music education background which was the main catalyst to begin his own productions so early.Since Elis started dj-ing, he has been on the decks of every music bar or club of his hometown, Patra, gaining experience and multiplying his fans! For 2 years he was producing the popular radio show "Club Kiss" in Patras Kiss FM until 2007.In 2005 he co-founded Kinky Basement Production, an event team that changed the nightlife of Patra and now is heading towards conquering Athens’ nightlife. Elis M. Feeling is the main DJ of Kinky Basement Productions and also the A&R manager for Kinkys’ Label chapter.With Kinky Basement Productions as a vehicle, Elis performed in many clubs around Greece (Athens, Mykonos, Patra, Thesalonikh, Creta, Ithaki, Kefalonia,Aigio, Nafpaktos) and in the Balkan region (Romania, Bulgaria). He is the music supervisor and main DJ of the very succesful parties series “Kinky Fridays” and “Friends Gathering” that are taking place in Greece since 2006.In 2007 Kinky Basement Productions founded the first house web-radio in Patra, kinkyradio.gr, where Elis is the music supervisor.At the same time he hosts the very succesful show "Are U Feeling House Enough" which is also broadcasted by multiple radio stations worldwide.Since 2004 Elis M. Feeling is also engaged in another music project. He is the dj & producer of the Greek hip-hop group named “Feel In’ ”. Their debut album “Anoigei h skhnh” was lunched in 2011 by the major record company LEGEND.Now Elis M. Feeling is about to enter discography with his own productions (intelligent house tracks, remixes, bootlegs) and grow his international career. He continues to play music at Kinky Basement Productions’ parties and also training young promising djs during his (limited out of the studio) free time.His future is connected with the future of Kinky Basement Productions: Events, Productions, Fun, Dance and a lot of house music!