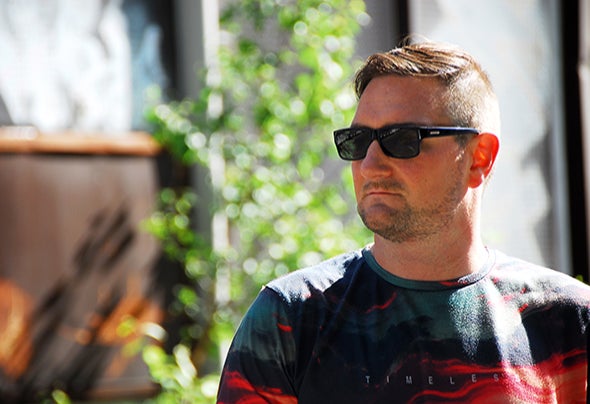 Cockpitcrew is Andy Moon. As Producer and Label Owner, he is a sound and groove Shaman, prudent visionary and creative cross-thinker with the ability „to think in sounds“, and create something new, something exciting something extraordinary. Cockitcrew is an Ambient, Lounge and Electronica Live Performing Act produced and composed by Andy Moon meanwhile with several Releases on EMI Music Publishing, More Music & Media, Traum Schallplatten and Art Unnamed. Cockpitcrew released a DVD-Album a Digital-Album , several EPs and Single Tracks aswell as differnet Remixes for other Artists. As Live Act Cockpitcrew played on big venues like Rock im Park, Events and Beach-Clubs on Ibiza but also in small Pre-Clubbing Lounges, Theaters, Cinemas across the globe. The music is defined as an influence from cinematic score using typical orchestral setups and electronic music produced with a gear of hardware synthesizers and semi-modular Synths. All his music and sound design, his addiction to electronic music, full with his feelings, his love and his passion is always a combination of some electronic music genres combined with his passion for jazz, world music, ethnical sounds as well as cinematic score. That is what Traum Schallplatten wrotes about Cockitcrews unique sounds "Endorphine" by Cockpitcrew is thefirst true ambient track of this release. Written by studio wizard Andy Moon, his skill to compose music is determined by a strong liking for improvisation. It is exciting to hear these two ends meet or - skillfully trying to avoid each other - in any way the result smells of avant-garde bands of the 70ies that run under „kosmische Musik“ but is galvanized by minimalism as we know it from techno. This could be a tune that appeals to people who like Tangerine Dream and people who like to be lead onto uncommon musical grounds."