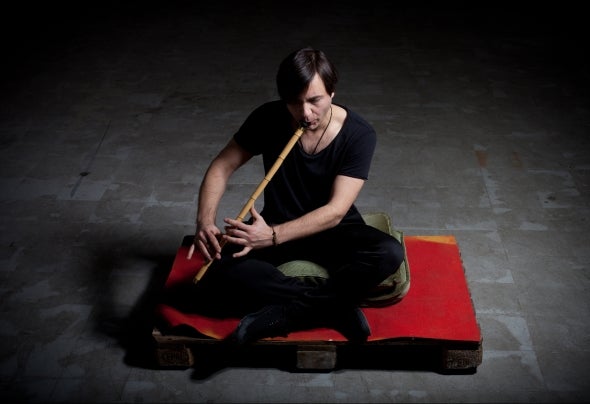 Ümit Han is a Cologne-based artist of electronic music. He started to release in 2006 on labels like Harthouse, Plastic City, Meerestief and Karmarouge. He earns public attention of his remix of Gabriel Ananda's "Ihre Persöhnliche Glücksmelodie". In 2008 he released his project BlackIsBeautiful. At the same time, he started to perform as DJ/Live nationally. He was remixed by Scsi-9 and Einmusik in 2009 and started to release with Traum Schallplatten with remixes for Minilogue, Max Cooper and Bukkador & Fishbeck. His ep on Traum "Die Rose Und Nachtigall" followed in 2012. Tracks of him was licensed by labels like Crosstown Rebels, Renaissance and Plastic City. At the present, he is involved with recording ambient and experimental music and he is producing #lsb_TV Cologne with visual artist Uli Sigg and multimedia artist Dr.Walker, which is an audiovisual experimental live performance TV show and broadcasting on German TV.