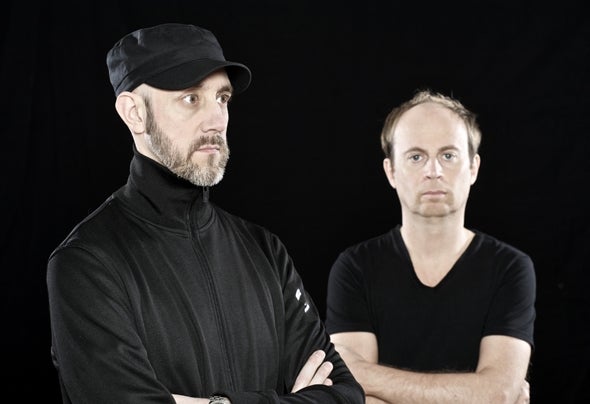 Hardfloor is the project of Oliver Bondzio and Ramon Zenker from Duesseldorf, Germany and was formed in 1991 as the German acid and techno scenes were just in the beginning.They released the 11-minute track “Acperience" soon after deciding to inject a bit of bombast into the German scene. This ground-breaking single made their name instantly recognisable to European clubbers. Utilizing since-standard compositional tools like long, melody-driven buildups and elaborate percussion breaks, the track became an instant dancefloor anthem and made Hardfloor a sought-after name for remix and production work.Hardfloor remix credits include Mike Oldfield, The Shamen, New Order, Mory Kante and many more.Although the pair recorded briefly for the Eye Q label ("Let da Bass go ", "Drugoverlord"), most of the group's early works has come out through Sven Vath's influential Harthouse imprint, including a number of full-length releases and a consistent schedule of 12-inches and EPsThey have since evolved from the more simplistic floor-movers of their earlier work, incorporating elements of hip-hop, electro, breakbeat techno, and post-acid house styles like trip-hop and intelligent dance. Each new album release has seen a slights change in their musical style but the group remains committed to the smoldering edge of acid and the sound of the Roland TB 303 comprising the lion's share of their recognizable sound.Their signature manipulation of the Roland TB303 revolutionized the techno world – Ramon and Oliver became masterful at coaxing catchy sequences and basslines out of their multitude of magical silver boxes, a style that influenced a generation of young producers and has been endlessly imitated, never surpassed.