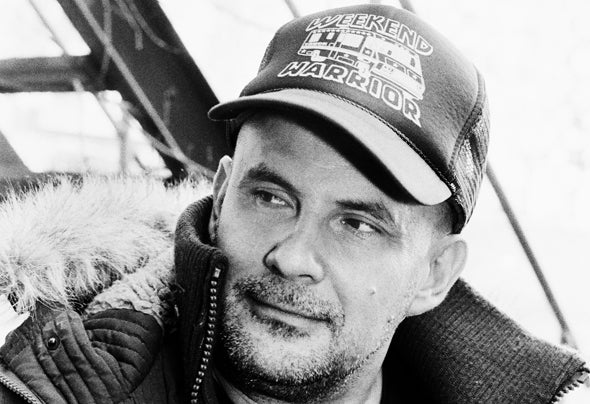 He’s a pioneer of DJ culture, number one DJ, Practising Maniac at Work, prophet of the rave society, writer of anthems for millions, party organiser for more than 10 million guests to date, successful producer, dance culture author and philosopher – Westbam is a living legend and one of the most enigmatic personalities of the international music scene of the past 30! years. Now he is about to mark this momentous anniversary with a very appropriate gift to himself and the public at large in the form of a new album, “Gotterstrasse”, scheduled for release on Universal on 29 April. An album on which he worked for three years. An album which carries his name with justification because it celebrates on each of its 14 tracks a haunting homage to the night and nightlife in general with all its different facets and emotional roller coaster rides.Westbam tells stories about hope, desire, rejection, loneliness, kicking against the pricks, hitting rock bottom and achieving happiness. Or rather he lets other people talk, having invited legends from different genres from the last four decades of music history to make the night come alive and sparkle on “Gotterstrasse”. From Iggy Pop to Kanye West, from Lil Wayne to Bernard Sumner (New Order), from Brian Molko (Placebo) to Inga Humpe (2raumwohnung). From Hugh Cornwell (The Stranglers), Afrika Baby Bam feat. Boo Boo (Jungle Brothers) and Richard Butler (Psychedelic Furs) to Katt Rockell, who is tipped as the hot new vocalist. All these artists have contributed their lyrics and their voices, but the music as the initial spark for all these tracks came – unmistakably – from Westbam himself. The result is a many-voiced ode to the night, full of beauty and wisdom. 14 very different and very exciting songs which all have one thing in common: they’re 100 % Westbam.Also 100 % Westbam is the first single, which sees him belie a widely spread tale, namely that drugs are a must at every good club night. “There’s been practically no interview in the last 30 years in which I wasn’t asked about drugs,” says the dance pioneer. So the song “You Need The Drugs”, sung by Richard Butler, vocalist of new wave band Psychedelic Furs, is the first explicit electronic appeal AGAINST the use of drugs, with a clear message: drugs are a bore! Drugs destroy relationships! Drugs are always counterproductive! Probably the first anti-drugs anthem of all time, “You Need The Drugs”, will be out on 18 March in five different mixes. Which goes to prove again that Westbam is the first – as so often. In 1983, he was the first German DJ who didn’t just string records together, but mixed them. He was the first and only German DJ to be booked for the big British raves in the heyday of the acid house era. He was the first German remixer to sell more than two million vinyl discs of his 2 Live Crew mix of “We love Some Pussy”. His “Sonic Empire” was the first Media Control no. 1 hit in Germany which featured pure technolectro without vocals. In 1997, he was the first DJ to publish the book “Mixes, Cuts & Scratches” in collaboration with Rainald Goetz. He was the founder of Low Spirit, the first and at that time most successful label for underground dance music in Berlin. He was the first and only German DJ to be invited as a “cultural contribution” to the 1988 Olympic Games in Seoul. He organised the first German Mayday rave and was the first DJ to be present at every Love Parade and produce all Love Parade anthems. 30 years after his premiere as a DJ, Westbam looks back at more than 150 single and eight album releases. He has always considered himself, in the spirit of his idol Afrika Bambaataa and his Zulu Nation, as a musical all-rounder and in tracks such as “Beatbox Rocker” has created dance numbers which are more than a flash in the pan, having lasted decades and being considered real electronic music classics. His new album, “Gotterstrasse”, is the high point of his career so far.“Gotterstrasse” unites the generations who have partied with Westbam in the course of the past 30 years. It’s no club album. It’s an album about club life which works just as perfectly at home and in the car. Westbam’s various special mixes and numerous remix versions of the album tracks will be released throughout the year, to be played on the club scene.