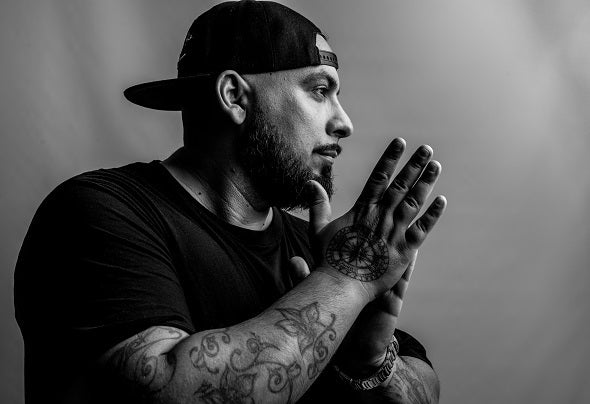 Spanish producer, born in Seville, started in the industry in 2011, his continuity in musical productions, makes his work reach the best music labels in the world, where he has edited, among which could be highlighted: GET PHYSICAL, TOOLROOM , STEREO PRODUCTION, BLA BLA MUSIC, EMBASSY ONE, SINCOPAT and recently is part of the radio show of the famous label Music On, as one of the artists of these radio shows and parties.Thanks to this, their music sounds all over the world, from the hand of the best DJs on the planet such as: CARL COX, LUCIANO, JAMIE JONES, ROGER SANCHEZ, MARCO CAROLA, CRAZY DICE, PETE TONG, GREEN VELVET, PACO OSUNA, HOT SINCE82, and in the best parties, and radio shows like: BBC radio 1, It's ALL ABOUT THE MUSIC, BPM FESTIVAL, MUSIC ON.All this has helped him in his role as a DJ to know the world, and be able to enjoy his music with thousands of people, places he has visited: GERMANY, MOROCCO, FINLAND, ITALY, FRANCE, ECUADOR, MEXICO, FRANCE, PORTUGAL and a long etc, his musical sets are deep, intense with a great tendency to his childhood where he heard break beat and Rap, which helps him to take broken rhythms and a very urban and underground style, where he is super comfortable, transporting to the room to another place.