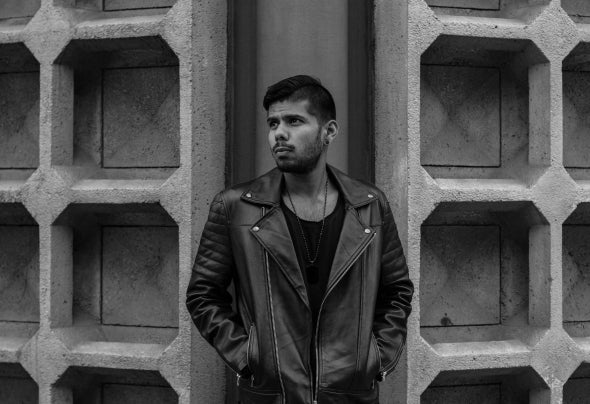 Shaun Moses is a name that one’s going to be seeing a lot more of. Hailing from Goa (India), the techno producer and DJ crafts his unique style of dark and pulsating techno, while still maintaining a raw aural aesthetic. Everything he has dropped so far is steeped in four by four goodness, with his signature meaty bass riffs and minimal, yet complex, structures. During his DJ sets, he showcases an explosive snapshot if his capabilities, bursting at the seams with an atmospheric synth haze, rolling percussive hits and deep powerful bass lines. Over the past few years, Shaun has performed at some of the best stages and venues across India while releasing on many popular international labels. As DJs started playing out his tracks across dance oors around the globe, Shaun’s name quick rose in the international circuit and he started touring extensively across Europe and Asia. After playing at some of the best clubs and parties in cities like Barcelona (Spain), Zurrieq (Malta), Amsterdam (Netherlands), Regensburg (Germany), Stockholm (Sweden), Vienna (Austria), Moscow (Russia) and Bangkok (Thailand), he continues to expand his touring schedule with each passing year. In the past, Shaun’s shared the decks and has had his productions supported by internationally acclaimed DJs / producers such as Paco Osuna, Joseph Capriati, Johnny Kaos, Matt Sassari, Pig & Dan, Hollen, Luigi Madonna, Thomas Schumacher, Raul Mezcolanza, Adana Twins, Whyt Noyz, Wouter De Moor, Dana Ruh and Loco & Jam just to name a few. With his sight on some of the biggest labels and stages in the world, Shaun can easily be dubbed as one of the biggest techno exports from India.