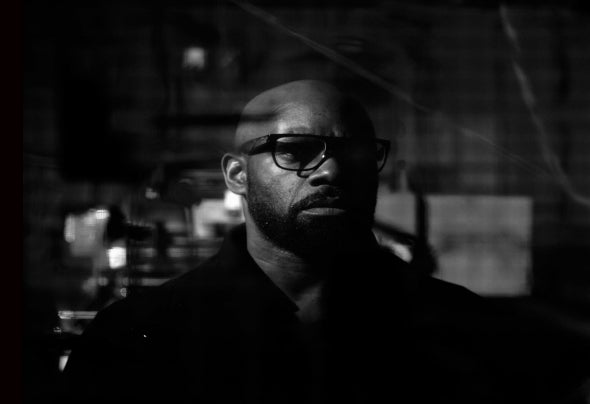 Dark Chambers Residents Dj @Elements uk.Tirelessly working as a producer and sound engineer in Birmingham over the last 20 years, his love of techno came from listening to International pirate radio stations in his bedroom as a teenager where he was exposed to Kraftwerk, model 500, Octave One, Derrick May, Kevin Saunderson to name a few. This love of electronic music inspired him to start collecting synthesisers and drum machines and instilled an inherent need to create this music himself.From 2008 Dark Chambers ran his own label CSGas Records which focused on minimal techno, tech house and deep house with releases from Rebekah, Alan Castro, Inara 7, James Barrett and from Dark Chambers himself over a 5 year period.In 2014 a new label was formed called Division Sub to hone in even more on the deeper techno sound, Dark Chambers was joined by Stef Mendesidis and Metic for a handful of quality releases In Within the same year fellow Birmingham artist Rebekah chose his track Shaded to be included on the CLR mix compilation Mind Sets, which had Shaded as an exclusive track that went out on the CLR Mind Sets Sampler 1 gaining critical acclaim with his peers.Veering out on to other labels Dark Chambers has had releases on Gynoid Records, Translucent, Android Muziq and more recently Planet Rhythm which has showcased his sound to an international audience and cementing himself firmly in the realm of quality underground techno. In the true essence of a producer the logical way to play his music has meant Dark Chambers devise a hybrid set up for his performances, using Live, drum machine and peddles makes for an interesting and unique way to experience his music allowing him to merge the lines between producer and DJ.Recent gigs have seen him play at Le Sucre in Lyon and Elements@The Blackbox, Sentiment@ Monastery in BirminghamDark Chambers will release his debut EP on Elements in 2018 and is already looking forward to sharing this.