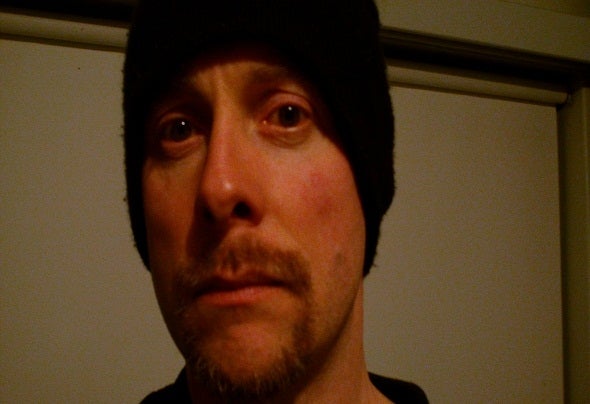 Greetings. My name is Paul Derons. I have been producing electronica since late 1999 and been playing live as Enclave since late 2000. I was born in 1972 into a house full of classical music, began playing guitar in 1986, after being refused a drum kit some 10 years earlier. I began recording my own punk and metal infused material with a hi-fi and a TR-505. In 1991 I played in and provided front of house mixing for a number of Melbourne bands In the mid to late 90’s and ditched the band scene to focus on my own productions along more electronic leanings at the turn of the millennium. I play a mix of tough, cerebral, deep futuristic techno at times with a booty-ish acidic swagger. I have been a repeat performer at many infamous Melbourne parties including More Bass, Factory (aka “aLive,bLive”) and Bughaus, as well as the seminal ”Sticky Carpet” showcases at the now defunct Punters Club. In August 2010 I played live to air on Kiss FM (Melbourne,Australia) and was interviewed afterwards on “Beatfair” From October 2008 I have released on IF? Records, Elektax Recordings, Android Muziq and German label Dlm Recordings. I have 2 Ep’s due for release on Gynoid Audio ”The Eyes Ep” and “Lubist” edits EP thru IF? Records in late 2011. I use only hardware when I play live, my setup revolves around a “Spectralis” hybrid synth/sampler/groovebox, lovingly handmade with all "class a" circuitry in Berlin, Germany. My influences range from Robert Babicz to Plump DJs, Stacey Pullen to Surgeon and on into more industrial spheres such as Ministry and Front Line Assembly and also my original musical passions of rock, punk, metal and soundtrack music. The journey continues.