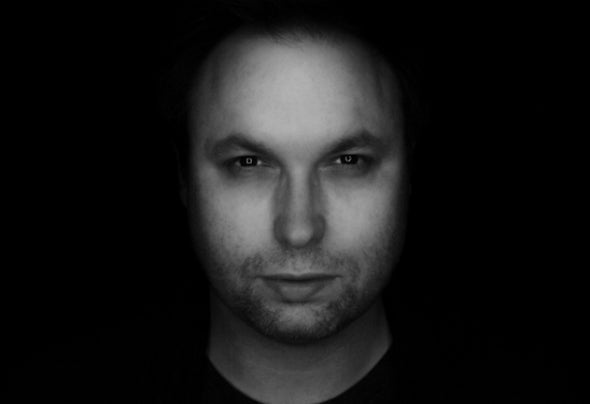 “…Jamie Anderson is one of the best loved DJ/Producers in the Tech-House world.” iDJ MagazineThere are few electronic music lovers that haven’t already heard Jamie Anderson’s work. He has proved himself as a long-term force to be reckoned within the dance music scene, not only through his own broad spectrum of production talents across the colours of dance music but also from his exceptionally high quality DJ and live performances around the globe.Jamie first made his name internationally in the early 90's and quickly became a recognised pioneer of the UK Tech-House scene. Coming from a strong musical background growing up around musicians in West London and training in improvisation and keyboards with Bristol based Jazz aficionado Dave Buxton, Jamie set up Artform Studios where he engineers and produces the majority of his work and collaborations. “Jamie perfectly combines the grooving subtleties of house with the twisted funk of techno.” DJ MagazineNow with a countless number of releases Jamie has delivered classic recordings such as; Jamie Anderson & Jesse Rose ‘Body Jackin feat Steve Silk Hurley’ (International Deejay Gigolos), Jamie Anderson ‘Black Sun’ (NRK) and Jamie Anderson ‘Time Is Now’ (NRK). While producing numerous Tech-House gems including; Deepgroove & Jamie Anderson’s ‘Turbo/Juggernaut’ (Cocoon) and Clock (Rekids), Jamie Anderson feat K-Alexi ‘Cyclone’ (Mija Recordings) and Jamie Anderson ‘Can’t Stop’ (Artform) to name just a few. His groundbreaking debut album was released in 2001; Jamie Anderson ‘Blue Music’ (NRK), and recent collaboration album with Deepgroove ‘13Machines’ (Harthouse).“…elevating the sound of what Detroit was all about. He’s taken it to another level…” Derrick MayAdditionally Jamie can be found producing under various pseudonyms with other artists lining up to work and be part of his productions and collaborations. He has joined forces to work on studio projects with artists such as Jesse Rose, Owain K, Jerome, Louis Osbourne, Deepgroove and Switch. Jamie is also the co-producer for the successful Idiotproof project signed to Jesse Rose's Made to Play label. Remixes for Nick Holder, Riva Starr, Armand Van Helden, X-Press 2, Michel De Hey, The Hacker, Paolo Mojo, Francois Dubois, Onionz and Audio Bullys have expanded his appeal as an in-demand producer.“Jamie Anderson has carved out a reputation as a producer able to mould techno and house grooves into a sound very much of his own.” DJ Magazine (2001)As a DJ and Live act, his legendary performances at Berlin’s Panorama Bar, Dance Valley Festival in Amsterdam, Zouk in Singapore, Love Parade San Francisco, Cocoon and System in Leeds along with tours of Asia, USA, Europe and South America have all contributed towards establishing his strong fan-base. Having never allowed himself to be pigeon-holed or categorised, instead he looks forward to create new sounds rather than follow trends. For this reason alone is why Jamie is one of the world’s most exciting and innovative artists.“…one of the UK's best at surfing the techno / house hinterland in style.” DMC UpdateThe last two years have seen Jamie Anderson release on some of the world’s most influential labels; Sven Vath’s Cocoon, Jesse Rose’s Front Room & Made to Play, Alter Ego’s Klang Elektronik, Radio Slave’s Rekids, Louis Osbourne’s Mija Recordings and Ireland’s finest house label Elevation Recordings. This year he re-launched his Artform label with new Artist signings and fresh re-design and now co-runs Amsterdam’s legendary Outland Records with an exciting release schedule. A new artist album is in progress and more outstanding music is set for release in the coming months - Jamie is very much the artist to look out for in 2010.www.dj-jamieanderson.co.ukwww.myspace.com/djjamieandersonwww.discogs.com/artist/Jamie+Anderson