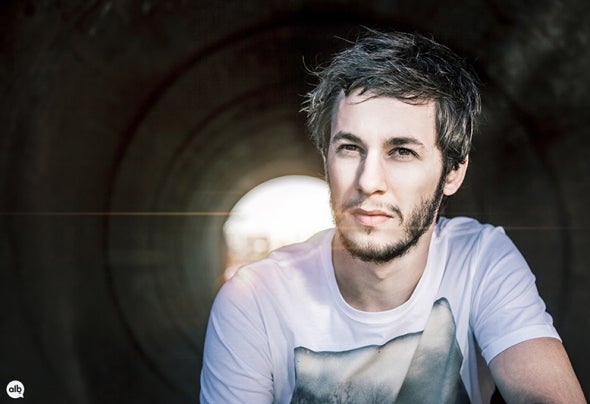 JUSAÏ , DJ / Producer, was propulsed on the front of Bordeaux’s techno scene in 2009, thanks to his ability to adapt his sets to his public and to always give people the best he could to satisfy them.Playing at the well know club (but now unfortunately closed) “Le 4 Sans”, and also at the BT59 and the Respùblica, il does a lot of international DJs’ warm up, like Mr Oizo, A- Trak, Popof or Agoria. We could also see him at artists’ side like Vitalic, Etienne de Crecy, Tom Hades, Jay Lumen, Dosem, Secret Cinema, Octave One, Angy Kore or Technasia.Spring 2011, he signs his first production “Acid Bass” on N.O.I.A. Records label, from Italo Business. Then, he releases a lot of other productions of many labels (Italo Business itself, favor., Naked Lunch etc). His track “Oil” is quickly charted in the Top 100 on Beatport.In 2013, he’s playing in every “Paradigm T he Party”, with artists like Tom Hades, Alan Fitzpatrick, Axel Karakasis, the A-Brothers duet and Mark Broom, which leads him to a collab with the french label Amazone Records ; he becomes the label manager assistant of its newborn under-label, Among Records.Now, his networks is extending nationally. In December 2013, him & D’Jamency will release a vinyle on Among Records, which will be a remix for Tom Hades.