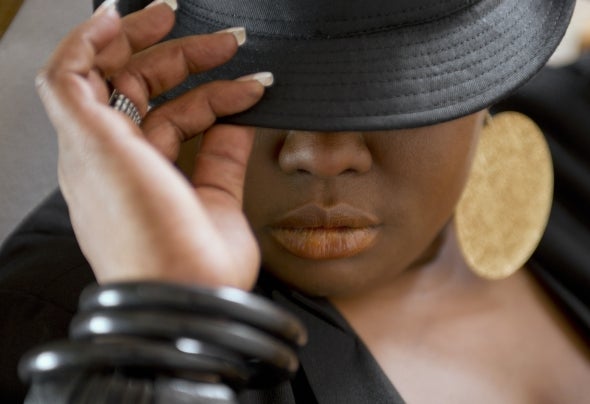 An avid singer and songwriter, this Chicago native has what very few vocalists of her kind possess...undeniable talent, sex appeal.... killer vocal and songwriting skills, and an undying drive and will to succeed. She is history in the making...She is Carla Prather.A Chicago native, Carla has paid her dues in full. She has graced the stages of numerous venues in Chicago and abroad, has scores of fans worldwide awaiting her next move as an artist and songwriter, and can easily be found all over the web. Get to know her...quickly.At an early age she earnestly honed her craft, like many soulful artists of her kind, in church. She spent countless Sunday mornings penning the greatest of hymns and spirituals. From then on, Carla had an ever growing desire to be a professional recording artist and performer.After a chance meeting with Frank Orrall, mastermind of Poi Dog Pondering, she was invited to become a member of Poi Dog Pondering, recording vocals for the "Natural Thing" release and soon joined the band as a full time member. Carla began performing across the U.S. and abroad with POI traveling as far as Hawaii sharing her craft. Carla went on to record "Soul Sonic Orchestra" with Poi, and wrote six songs for the "In Seed Comes Fruit" album including "You Move Me", "Hotel Seze", "Hangover", "Daytrippin", "So Real", and "Sleepover". Carla soon began creating a buzz throughout the Chicago music circuit, as vocalist with “pipes” winning the hearts of many. Clubs like the Cotton Club, T he Vic Theater, The Park West, The Green Dolphin Street Café, Double Door, the Metro, the District, and many more became home to her as she could often be found performing with Poi Dog Pondering and her solo house project, Mr. Ali. She also found a way to keep her name in the mouths of many writing and creating music with the likes of some of the city’s hottest producers and songwriters including club legends Maurice Joshua, Byron Stringily (Ten City) and Hula Mahone (Outhere Brothers), in addition to Eric E. Smooth Miller, M. DOC, Mike Dunn, Terry Hunter, Vincent Lawrence, Vic Lavender, Jere McAllister Anthony Nicholson, D. J. Boxx, Mel Hammond, and many more...Carla was paying dues.In January 2007,Carla was invited to become a member of “The Craft” band, sponsored by Miller Genuine Draft. The band was established to bring local acts and many well established acts together to give the talents an opportunity to genuinely collaborate. Carla worked for the next twoyears with acts such as Common, Amel Larrieux, Miri Ben Ari, Rakim, KRS 1, Lyfe Jennings, Marcia Ambrosious (Floetry), Erykah Badu, EPMD, Talib Kweli, Brand Nubians, Roy Ayers M.C. Lyte and Chrisette Michelle.Carla then began writing for various local artists including disco diva DAJAE, and latin artist Zanya, and the “Transit” recording released by Mr. Ali. Soon after, she started releasing material like the winds. These releases include; "Cast Your Spell" (West End) “Is It Love” (Rukus) "Whatcha Gon Do About It" (Loveslap) ”That Feeling”(West End) “Somebody”(ACT II), “One Day” (Oddessy), “First Time”(Crash),”Ask Me” (Music 101)“Rainy Day” (West End), “No More Love” (Jellybean Soul), “Simple”(Philosophee) “About Us” and “Imagine Freedom” (Unified), “Secrets and Lies” (Jellybean Soul), “Respect Our Love” (LavaJam), “Midnight Interlude” (West End), and “Make Love Not War” (Loveslap), "Out of Control" (Loveslap), "Send For Me" (Sophisticado),"I Am" (Esnition), "Gotta Do Better" (Defected).In December 2011, Carla released a six disc ep, entitled “Chronicles of a Soul Sistah” which sat at the top of the charts on cdbaby.com for three consecutive weeks, including smash singles “I Do Me”, “I Go Beyond”, “This Love is Music”, “Round and Round” and “Summer Nights” all written by Carla Prather, produced by Arnell Newman for Soulistic 360. The full length albums’ anticipated release is June 2013.In 2012, Carla began backing music sensations Al B Sure, Christopher Williams, El DeBarge, Chico Debarge, Kindred, Music Soulchild, Jon B, and a host of others with ZZAJE, and does so everytime they play in Chicago.Carla boasts of a host of current house singles to date within her discography released to critical acclaim including “Hey Baby” “ First Kiss”, and “The Art of Conversation” (Vick Lavender/Sophisticado), "N2U"( Danny Clark/Solid Ground Recordings) "What Happened to Us" (the Jinx/Defected), "City High" (DJ Man X/West Haven) “The Return"(Ruben Mancias), “The Morning After” and “Touch My Soul”, (Dolls Combers), ““Back to You" (Galaxy Group/Loveslap), “Have No Fear” (Distant People) “Save Me”(Sean McCabe), “The Question” (SeanAli/Soulshift Music), “Just Do It!” (Terry Hunter),”So Gone”(Sean Smith/Smooth Agent Recordings, “Shine” (Tom Conrad/Adaptation Music), “Oooh Ahhh” (David Ross) and “Savior” (Jellybean Benitez).Carla continues to perform to sold out audiences with her live band Carla Prather and Co., with Poi Dog Pondering, as well as local band sensations ZZAJE of Chicago Illinois. She also and moonlights with New York natives Tortured Soul from time to time, all while writing and recording for her publishing company Carla Prather Music (ASCAP).