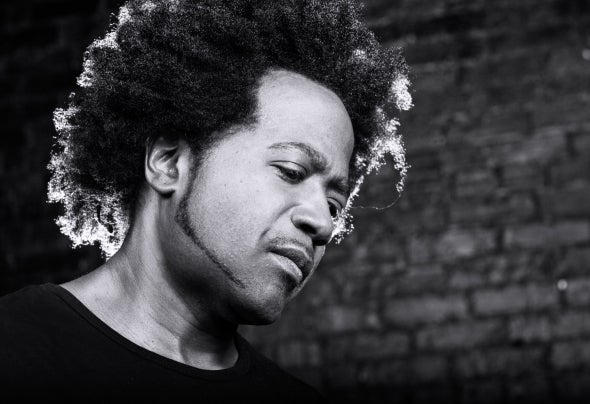 Back in the day when acid was just a tab, DJ Pierre was holed up in his bedroom inventing a sound which would impact on the music scene forever. In 1986, 'acid house' was in its infancy when DJ Pierre picked up a 303 and the infamous “Acid Tracks” was born. Not many artists in the history of dance music can list Carl Cox, Diesel (X-Press 2), Junior Vasquez, Danny Tenaglia, Michael Mayer (Kompakt Records), and Tom Stephan as fans. Not many can claim responsibility for helping kick start the careers of Felix Da Housecat and Roy Davis Jr. Not many can lay claim to giving birth to a genre and pioneering a sound that had the whole world dancing and imitating for over fifteen years. DJ/Producer/Remixer, Nathaniel Pierre Jones AKA DJ ‘Wildpitch’ Pierre is a rare breed. An artist who’s considered a mentor to many of the ‘A’ list DJ fraternity, old and new, and one man who continues to stand strong in an industry that’s had its ups ‘n’ downs. From the days of ‘Phuture’, Pierre’s highly successful guise with fellow squelchers Spanky and Herb J – and their epic release ‘Acid Trax’, to his biggest hit ‘The Horn Song’, featuring Barbara Tucker, his solo projects with David Morales, Felix Da Housecat and his stint as Head of A&R at Strictly Rhythm, DJ Pierre is a force to be reckoned with. After a bit of a break to get prepped for Dj Pierre's Afro Acid Project’, his very first artist album, DJ Pierre is back and ready to show the world just why house music was worth shouting about in the first place. With a new management team behind him, Zoo Management, the company responsible for housing talent such as Masters at Work and Jazzy Jeff, a new distribution deal ‘S12/Simply Vinyl’ for his very own DJP Records – and gig requests from every corner of the globe, including the infamous Mysteryland Tour in Holland, DJ Pierre is firmly back on the map. "I feel a renewed sense of direction in my career. I've never had so many positive things in place at one time like I do now. With Zoo management, and S12 behind me as the distributor of DJP Records, I can be hands off enough to create and make the music I love. I am very excited about being head of my own label (DJP) and the opportunity to make my first full album. I am humbled by what's happening." – DJ Pierre DJ Pierre’s ‘Afro Acid Project’ will explore all sorts of styles and sounds, playing homage to his acid roots, whilst showing his innovative perspective on music today.