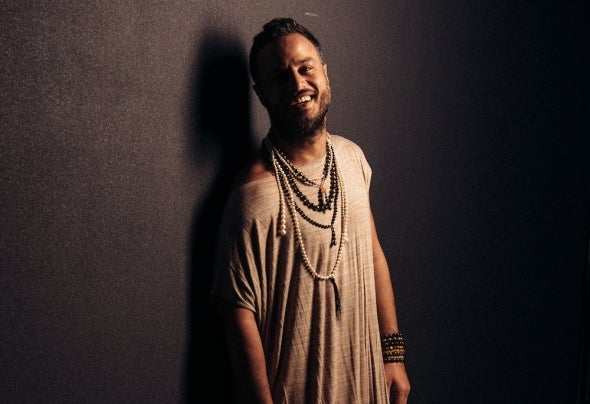 Born with a heart for the beat, Amine K is Morocco’s ambassador for electronic music. Amine’s self prescribed job description is to put a smile on people’s faces by sharing his music, be that as a DJ or through his productions, happiness is at the core of everything he does. Through production and DJing, Amine discovered a life without restrictions, a distinct purpose to pursue. The majority of Amine’s productions feature ode’s to his African roots, however, his musical influences vary from Danny Tenaglia, to Deep Dish, Erick Morillo, Nick Warren, and even BB King. His selective label appearances have been poignant moments in his music career. Sol Selectas proved to be a launchpad to the world, their family a most welcoming one. More recent releases on the likes of Alex Niggeman’s Aeon and the esteemed Get Physical Music are a marker of where Amine’s sound is moving.  As a touring artist, he has embraced the unknown, planting the electronic music ag in new territories around the world, helping to develop real underground communities everywhere from Myanmar to Mauritius. On more familiar terrain, in 2019 he made his Boiler Room debut at the Grid in Dubai alongside stop- offs for his Moroko Loko party at Montreal, Tokyo, Paris and Berlin. The party provides a twin benefit, often bringing international acts to Morocco for the first time while also introducing African influences to the world. Not to mention his annual presence at Burning Man, his sunrise sets at Robot Heart the perfect summation of his musical identity.