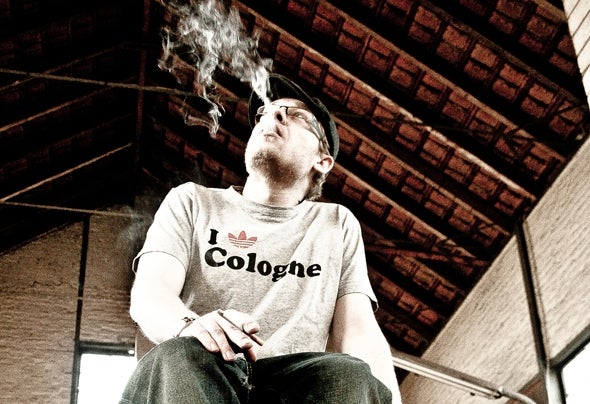 Born near Cologne, Germany in the early 80's, Dompe developed a taste for beats very early on and just as quickly the pots, pans and wooden spoons were abducted from the kitchen so he could practice drumming with them. It really did not take long before a drum set was under the Christmas tree. Inspired by Nirvana and Metallica, he drove the neighborhood crazy with his practicing! Then in 1996, Dompe made a new discovery: Vinyl. His amazment at how such a small needle brought such huge, dancefloor rocking beats to life was indescribable! The drums were quickly traded in for turntables and a mixer. And after the first few visits to the Warehouse, (a club in Cologne, Germany), Dompe had nothing but 4 to floor beats in his ears. He survived countless hours of mixing records in his living room until he got his first gigs. He, at the same time, worked on his sound and refined his skills as a producer and sound designer. 2008 was the year when everything changed: Dompe started throwing his own parties at ElektroKüche (Cologne, Germany) and soon after became a resident at the club. These days he can be found behind the decks at Legendary clubs and parties such as: Area at Tresor (Berlin), Douala or Nature One. His tracks also started catching the ears of such respected and talent djs and producer like: Laurent Garnier, Richie Hawtin, Paco Osuna or Someone Else. He has released tight tracks and remixes on: Pentagonik, RheinTime, Impulse Music and Italo Business. "Beat Back", Dompe's new album, drops mid 2011. He makes it clear on this release,"Whatever that may come, will come. Just rave on.