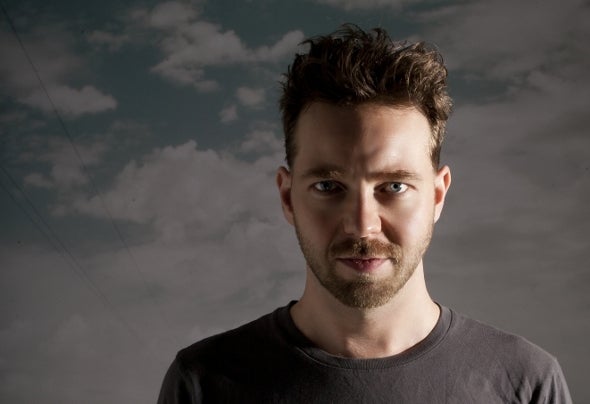 DJUMA SOUNDSYSTEM ..used to be two and now it's one. Norwegian DJ & producer Mikkas is flying the Djuma Soundsystem space shuttel solo these days. The spirit of production and DJ style remains the same. That trademark of warm beats and melodies is alive and well both in the studio and on the road. The sound is between tech house, house, disco, and techno, with a lot of personality and humanity involved. This is music, and not just grooves! It's catchy, but still underground and it can entertain a festival going mad, as well as an intimate club.Djuma Soundsystem had a major radio and club hit with "Les Djinns", but has proved to be much more than a one off, with releases like "This sound", "Atilla", "Small fries", "Zillion lights", "Bipolar", "Blizzard" and "Stoli", on well known indie labels, like Get Physical, Rebirth, Soundz, IO and Tool Room. D S have been remixed by Uner, Tiger Stripes, Trentemøller, Martinez & Moby, to name but a few and have been charted and supported by all the major tech house DJ's.As Djuma Soundsystem, Mikkas has toured the world many times and played some of the best venues and crowds out there, clubs like The End (London), Space (Ibiza), Zouk SG (Singapore), Blue Frog (Mumbai), Kazantip (Ukraine), Villa (Oslo), Hardpop (Juarez), Nevermind (Sydney), Cielo (NYC), Stadium (Jakarta), Space (Miami), Watergate (Berlin), Kristal (Bucharest), or festivals like Fusion (Germany), Roskilde (Denmark), Reworks (Greece), Universo Paralello (Brazil), Hove (Norway), Free Fat Festival (Ukraina), Exit (Serbia), and the biggest gig of all - playing the last hour counting down to midnight at Baha beach in Rio on new years eve 2009, - in front of close to a million peoplefacebook:http://www.facebook.com/djumasoundsystemmyspace: http://www.myspace.com/djumasoundsystemyoutube:http://www.youtube.com/user/djumasoundsystemsoundcloud:http://soundcloud.com/djuma-soundsystemTwitter:@DjumaSoundsysteBooking:http://www.wildebookings.com/artists/djuma_soundsystem