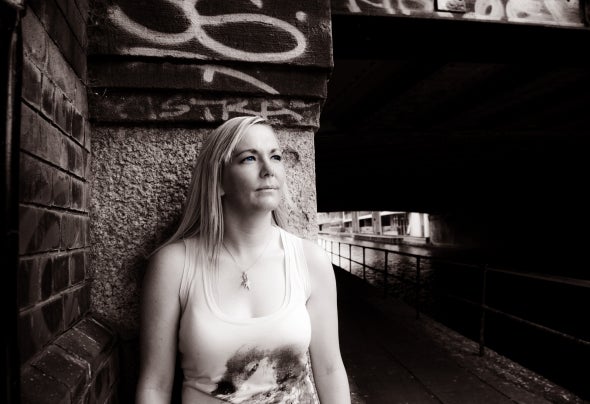 Releases on Dessous, murmur, Highgrade, Wiggle, Dogmatik, 1Trax, Katchuli, Neurotraxx, Microzoo & head of Phobic Records.Over the past 3 years Claire has stormed in to the House and Techno scene with an array of stunning releases with her first major E.P getting signed to Steve Bug's highly respected imprint Dessous Recordings. Becoming a regular feature on the label she not only showcases her original work but also remixing for the Dessous Best Kept Secrets Release.With 2010 being a big year for Claire she went on to also feature for several other labels such as Neurotraxx, Dogmatik Records and Geddes London based Murmur having her huge hit 'Slow Loris' remixed by Solomun which gained respect and plays from none other than Richie Hawtin. 2011 saw Claire pushing the same tempo with a strong output of releases on Gorge's Katchuli and 1Trax including a remix of Robert Owens - I'll Be Your Friend as well as sets at nights like Circo Loco in Maidstone and Fabric.Away from having her tracks signed to some of the worlds biggest labels she is also the head of Phobic Records. Since the labels start in 2008 it has showcased some of the best international artists on the scene with the likes of Tim Green, Chris Lattner, Ekkohaus, Alex Arnout and Inxec. The work that has featured on the label over the years has seen massive support from top DJ's worldwide from the likes of Seth Troxler, Dubfire, Carl Cox, Magda, Slam, Steve Lawler, Simon Baker, Laurent Garnier, Matt Tolfrey, Nic Fanciulli, Gabriel Ananda and more.2012 sees Claire releasing on a number of other well respected labels including Highgrade Records in Berlin and an e.p on Wiggle including Nathan Coles and Terry Francis remixes alongside new production partner Zeitgeist. Claire's success continues in 2012 with appearances across the UK, Europe and Canada.Its easy to see why Claire was selected as "Keep an eye on" in Mixmag and described as "Very impressive stuff" by DJ Mag.