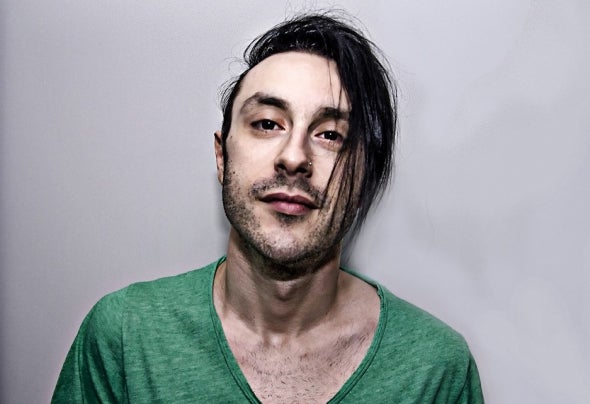 Originating from the island of Corfu in Greece and based in Athens , AchilleasDimitracopoulos aka Fog has been a dj since the late 90s. Influenced by house, techno and all sounds in between it was only natural that he would eventually get involved with the art of production, resulting to an impressive active discography of electronic music since 2005. He has had collaborations with an exciting and diverse number of labels such as Noir Music, Dieb Audio, Metroline Limited, Brise Records, Time Has Changed, Escapism Musique, Apparel Music, Deso Records, Save Room, Plusminus, Autoreply, Akbal Music, Kolour Music, Neovinyl, Back & Forth, Seven Music and many more.Besides his solo releases as “Fog”, he has also released music along with Berlin based partner “Nick Arara”, under the moniker “Fog & Arara”. Many more studio collaborations and releases took place along with other artists as well such as Echonomist, John Dalagelis, Kindimmer and Sasch BBC. His remix duties have also been extensive over the years for artists and labels such as Patrick Zigon, Kruse & Nuernberg, Claire Ripley & Zeitgeist,Atapy, Chubby Dubz and many more. He has also had a great amount of releases, including two artist albums, under his first moniker “Elastic” during the golden era of progressive house/trance in the past decade.Fog’s releases have been featured in numerous v/a compilations, worth mentioning among many more is “Terry's Cafe” on Plastic City, mixed by “Terry Lee Brown Jr”. Gaining massive support over the past few years, most of his original and remix production work can often be found in the record boxes of dj's such as Steve Bug, Marco Carola, Ritchie Hawtin, Nic Fanciulli, Joris Voorn, Luciano, Matthias Tanzman, DJ Sneak, Maya Jane Cole, Terry Francis, Slam, Brothers Vibe, Ben Sims and many more.Delivering a large bulk of tricks and treats on his productions as well as behind the decks when called for dj duties around the globe, Fog has fairly earned his position between the most respectful house music producers and djs over the music industry.