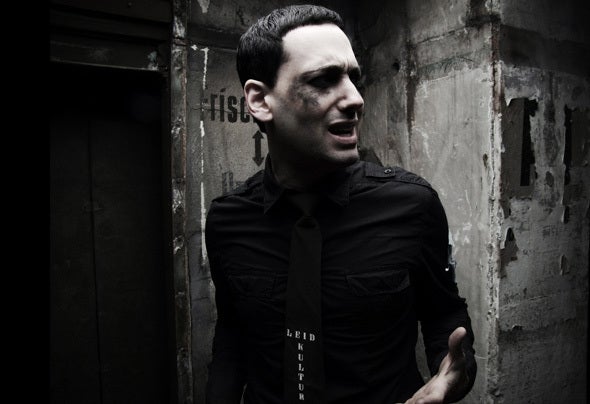 BiographyThe Horrorist, Oliver Chesler is one of the best known and loved electronic musicians.Recording since 1989 he and has released over 80 12" singles and 2 full length albums. In 2001 he had a Number 1 hit on t he German Dance Chart s (DDC) wit h the song "One Night in NYC" and in 2004 his album "Manic Panic" went t o Number 1 on t he German Alternative Chart (DAC). The scope of his music catalog is huge and he has recorded for every major label (Universal, Sony, Warner, Koch, etc...) and all the best known techno labels (Tresor, Industrial Strength, Neue Heimat, etc..). The Horrorist has worked with the biggest names in techno including Chris Liebing, Ben Sims, Frank Kvitta, DJ Rush, The Hacker, Marc Acardipane, John Selway, Frankie Bones, Ricardo Villalobos, Haujobb and more have all remixed and produced with The Horrorist.Although dance orientated most of his songs have vocals and usually progress to a crescendo at or near the end. The writer of many music books and NY newspaper columnist of the Village Voice, Simon Reynolds called Oliver Chesler "My favorite contemporary American singer-songwriter.". A wide range of influences from Depeche Mode to Leonard Cohen factor into Chesler's song writing manifesting into a completely original sound. His ability to make song structured music work on the dance floor is a big key to his success. His vocal technique is quite original and unique. He also refuses not to stick in one genre so on any given record expect styles from indie new wave, electro, EBM, techno, to synthpunk.Horrorist productions are known for being produced extremely well with lots of fancy tricks and effects. His music tech know how has led to interviews and endorsements by pro-audio companies such as TC Electronic and Linplug Instruments.In 1997 Oliver Chesler started the hugely respected Things to Come Records. Originally a business decision to take control of his own royalties the label has also given The Horrorist and other TTC label artists freedom to produce the music they like. With a Publishing deal with Strengholt Music group (Netherlands) Things to Come Records has ability to scale in size and reach a wide audience. Oliver Chesler is one of the few artists and label-owners making something new, groundbreaking, and original that gets wider acclaim."Things To Come does exactly what the name suggests, and that gives the future something to look forward for....." - Frankie BonesThe Horrorist is a sensational live act. A mixture of industrial attitude and punk style with synth-techno music. Playing a set that goes from minimal or new wave all t he way t o hardcore and everyt hing in between, there is something for everyone. But the biggest thing about the Horrorist's sets is the interactivity that comes with having a live performer that a crowd is capable of understanding. The show is comprised of Chesler's in your face vocals, video projection and live drum machine and synth.The Horrorist performs regularly around the world and has played in every major nightclub and for most major event organizations. He's wowed crowds from LA to Malta. Definitely something else, check it out if at all possible!!The Horrorist is one of those unique artists that only come around once in a while. He is a big influence on the electronic music scene and will be for years to come.On May 13, 2011 The Horrorist released his third full length album titled “Joyless Pleasure”. French music photographer Morganistik wrote, "The Horrorist new album “Joyless pleasure”is out today on Things to Come records. Softer and surprisingly romantic but still full of energy and extremely tortured. You can’t put one style tag on the album. In the 1st track “Modern” t he voice will make you t hink of Ian Curt is from Joy Division. “Joyless pleasure” has a high Depeche Mode feel with ultra pure and detailed synths sounds and effects. “Darkling Lullaby”, “Love sick” and “Lovely Sweet” are 3 ovnis in The Horrorist universe as they are not dance tracks. “Hostage” takes us on an electroclash direction and “I stand with you” in pure EBM style with a Nitzer Ebb impression."