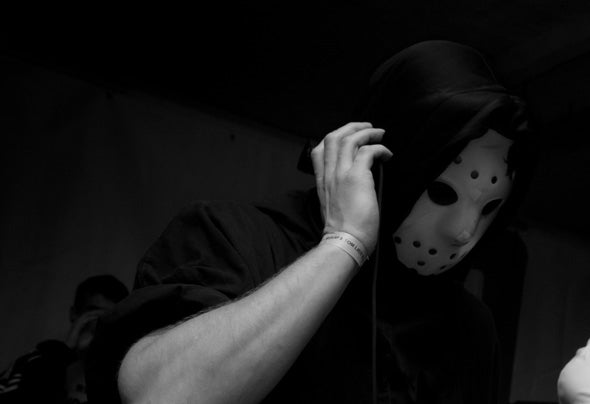 In the year 1979 , two creatures from an other dimension are born. Over 26 years, these odd-looking figures from the Neverland were looking for their musical passion. Finally in 2005 the reason was found and since that time the PsychoDevils appear on different places of this planet called the human earth to infiltrate with their own style of techno music. The ambitious interpretation of this music... , always gains them access to the audience. Even because they combine different stylez and take many influences in their sets, this spicy mixture makes them to real virtuosos on their "hellmachines". No wonder they know how to build tension and they handle it to carry an audience. It didnt take long until one of the leading agencies in Germany gave them a second home were they grew up to one of the headliners of the Leveltrauma crew. Thats why there is for sure barely no club or location in Germany the PsychoDevils didn..t went to. Gigs like on "Nature One" and in other countries like Austria, France, Belgium, Luxembourg, Ukraine, Italy and Croatia speak for themselves. Even on their own account they started the label "Psychodevils-Records" with worldwide distribution to spread their own style and offering a platform for other artists. Psychodevils means: Extreme music , great show , a worldwide recognized label and for sure an satisfied audience!!!