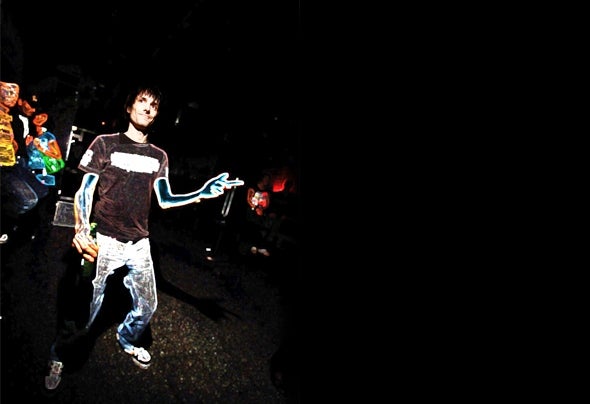 Jorgo Tsekouras aka Kunststoff - was born 1982 in "Offenbach am Main". He started around the age of 10, to get into music. In 1996 he had his first contact with electronic dancemusic. "Daft Punks - Around The World" was his first love! Kunststoff - sounds like a mix of deep, unique, hypnotic, cutting-edge, innovative, insane minimal/techno, produced for the dancefloor. His aim is always, to make the music move ass´es! In the past he released several tracks under his pseudonym "Kunststoff" at www.daredo-music.com - owner of the notorious "Harthouse-Label". After some releases at "Daredo-Music" - "Alex Flatner" moved his sound to higher level "Kunststoff - Mudflap EP" one and only "Harthouse" release. The sound - it´s his very own unique style - without any influcess from other artist´s. For him it was like a dream - in the 90s - he was a big fan of "Harthouse-Records" - he never expect to be at that label in the future, but for him - a dream - he never dreamed - came true! Since 2007 - Jorgo Tsekouras - turned into pro, he had about 30 releases on diffrent labels. With "Kunststoff & Tom Rooster - Sextrack" at "GON-Records" (GON-Owner - Mike Väth) they dropped another fine tune. Later the release came out at Doppelgänger-Compilation - another great step. Labelgrafie: Harthouse, Doppelgänger, Sextrax, GON, Tekknotic, 9Volt, New League, Tronic Soundz, Streetlight, Gastspiel, Bavaria records, Electro Superstar, Hero in my hood, Volt9 records and many many more... Later - he decided to create his own little techno-world - "Tekknotic-Records" was born. Some releases later at "Tekknotic-Records" he found another label "Sextrax-Records". From now on - he focus to work with diffrent friends and artist´s. Jorgo Tsekouras - is also the producer of his very best friend "Tom Rooster". Tom Rooster & Kunststoff - No Mean Feat. "9volt" 12inch release. Look around - how the future sounds like!