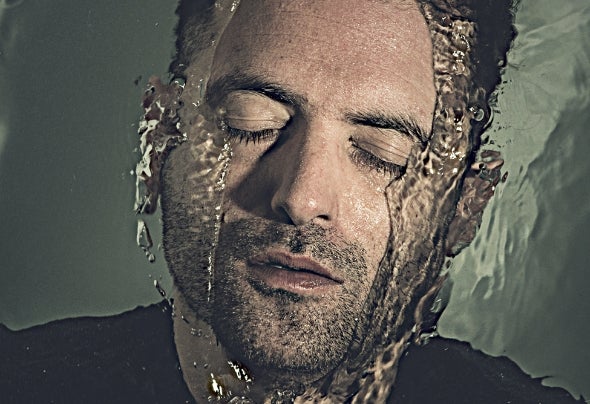 Dani Casarano is a bona fide DJ/producer who has traversed this planet in search of perfect beats since the late 90s. His perpetual swing is informed by a seductive musicality that, without fail, lifts spirits and stirs feet. Born in Switzerland, he was based out of Santiago, Chile for over a decade, before returning back to his roots. Now signed to Cadenza, he’s represented the label during showcases at such venues as Ushuaia in Ibiza. He’s also played for Circoloco at DC10 and Cocoon in Chile and holds a residency at Mad Club in Switzerland. Often collaborating with like-minded musician Felipe Valenzuela, together they form a brotherhood that’s produced wave after wave of dancefloor defining tracks, most recently including ‘Tia Anita’ on Andes Music, ‘Will Be’ on Fumalab, and ‘Otra Vida’ on Fumakilla. Then there’s ‘La Tulipe’ on Cadenza, with its eternal bloom of youth that’s touched such makers of taste as Raresh and Ricardo Villalobos as much as label leader Luciano.Dani Casarano was born in Morges, by Lake Geneva, near Lausanne, to Italian parents. At 12 years old, he was absorbing hip-hop and acid jazz. He also soaked in the sounds that resounded at home, which featured, among others, Italian composer Ennio Morricone. Taking his destiny into his own hands, at just 14, Dani was inspired by house music and invested in Technics turntables. He also took guitar lessons and learnt musical notation. After leaving school, which he attended with Luciano, he decided to take the trip of a lifetime. The year was 1997 and the country he chose, after receiving an invitation from long-time compadre Luciano, was Chile. Magical, metaphysical, and volcanic, it was not unlike the rolling grooves that he loved and played. And it was here that he first met Ricardo Villalobos, Dandy Jack and Argenis Brito.Dani soon began making his own productions, a servant to a universal groove. Always approaching electronic music with organic and acoustic elements. Always adapting to new places, faces, ideas and seasonal flavours. Yet always preserving the story and soul of the dance, the foundations of the scene. His debut was a CD album entitled In Transit 8 Track, which he wrote and produced under the alias Tony Mass, released on South American label Sum Records. He also contributed a single called ‘Break Sense’ to the Love Parade Santiago – Chile 2005 compilation on BMG. His first track to land on his beloved vinyl was ‘Oiseaux Sans Ailes’, produced with Ernesto Albacete (Ernie), which came out on Spanish label Deep Explorer in 2006. He then produced the techy, synth- heavy ‘El Zapo Hablo’; ‘the toad speaks’ being a Chilean expression for when everyone knows a secret about you. This was released in 2006 on Germany’s Connaisseur Supérieur, thereby the ‘undisclosed’ became self-evident: the man may be modest but his music was now speaking for itself.Besides solo work, Dani regularly forms a DJ/production partnership with Chile’s Felipe Valenzuela. They are akin to brothers, born just one day apart, and have signed music to such labels as, among others, Bond, Recycle Records, and Metroline, where they were remixed by Oslo Records’ boss Nekes, producing lush funky sounds with earthy Latin American and African undertones – global dance music – that has impacted on heads, from John Digweed to Ben Watt to Nick Curly. Plus, as we speed towards 2010, there’s a boatload of fresh material on the horizon. For example, their ‘Santi EP’ will break on Fumakilla, and a remix will drop for M.in on Berlin-based Waldliebe Musik as well as for Iranzo Lasia on Italy’s Frequenza Limited. Meanwhile, Dani looks forward to kick-starting a second artist album, and even has an ambition to create film soundtracks. He will also continue to build upon his DJing, having already played everywhere from Ibizan superclubs (Pacha, Privilege and Space) to Berlin’s underground (Club der Visionaere) to Latin American hotspots (including D- Edge and Mint) and festivals (such as Creamfields and South American Music Conference (SAMC)).Yes. In his hands, he’s got history, the future, yesterday and tomorrow. Dani Casarano: someone you’re sure to hear of much more from now on – and rightly so!