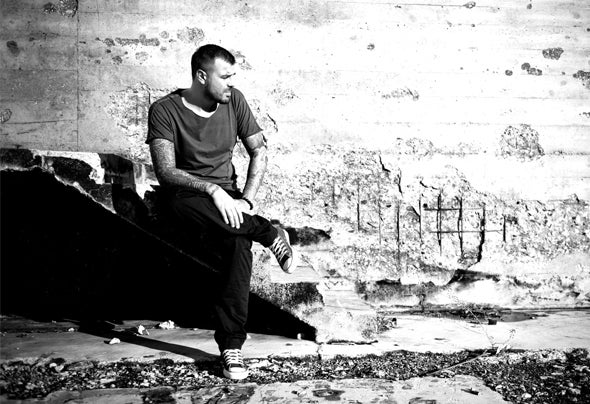 Yvan Genkins lives in Switzerland where he was born in 1979. His first impact with eletronic music came in the middle 90's, sharing this passion with friends who were organising partys around his city. But his first snatching experience that make him move a step forward took place in Germany where he could stay one full year in 1997 and get deeper into clubculture if you think about Berlin's Tresor gold time or Munich alter flughafen riem club. Kevin Saunderson, Joey Beltram, Luke Slater are some of the Techno Masters that gave him the right pulse to go behind the decks and start a dj career. Back in Switzerland, Yvan could build a solid profile all over the years, hitting some of the most important spots of the country like Caprices Festival, Nordstern, Mad, Qclub. Yvan like to build tight, and pumpin dj-sets focussing on funky rollin grooves and hypnotisin bass, the main ingredients he likes to focus on to catch the most exigent audiences. His style might be defined as "tech-house" but with a sens of modern "old schoolism". On the production side, Yvan strives to find rare patterns and beats from every kind of rhythmical music like funk, afro-beat or soul to transform them into his very personal groove and building relentless loops that can marry both energy and sexyness into pwerfull tracks. No wonder if Yvan considers himself as a chicago music fan. His "savoir-faire" catched the attention of Mendo from Cadenza, one of the best swiss export and "hit- maker". They started several collaborations as both remixers and original producers and went charted by all the tenors of the techno scene like Luciano, Riche Hawtin, Marco Carola or Reboot to name a few... Every one of their productions hits the top of the charts if you think about tjeir recent releases on famous labels like 8 bit, Saved and Many More Still working hard in the studio, alone or with friends, Yvan is ready to climb the scales and make the planet dance.