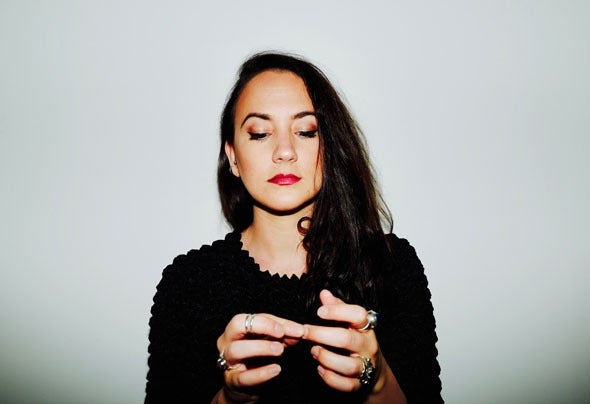 Ceri's rising reputation as a DJ, has seen her grace the decks at parties all around the world. Playing alongside everyone from Ryan Elliot and Objekt, to Mr. G, Jeremy Underground and Paranoid London. She has graced the decks at clubs, parties and festivals such as; Fabric, Percolate, XOYO, Lion & Lamb and Pickle Factory in London, Back To Basics in Leeds, Hidden in Manchester, Bristol In:Motion, DC10 Ibiza, La Santanera Mexico, TreeHouse Miami, and Ipse and Renate in Berlin. Ceri's diverse DJ style was crafted playing nine hour sets during her 5 year residency at Corsica Studios, in Jaded's second room. Carving out her distinctive reputation by moving from deep and moody, atmospheric grooves via heavyweight peak time house, on to psychotropic techno abstractions. Alongside her DJ career, Ceri’s also been immersed in production for many years. Early releases garnered support across the scene, with support from everyone from Richie Hawtin to Jamie Jones. Her own label; 'Find Your Own' Records, launched in 2017 with her sold out and repressed Life Holstee EP, featuring a remix from Fred P. Early support for the label came from the likes of Ben UFO, Midland, Move D and Paranoid London. Label parties at the Lion and Lamb in London and Renate in Berlin were followed by a second release featuring none other than bonafide dance music legend Mr. G, with early support coming from Ryan Elliot, Steve O'Sullivan, Jackmaster and K-HAND, amongst others. Despite all these achievements, it seems certain Ceri’s ambition will take her to ever-greater heights in pursuit of exciting new pathways, through the electronic landscape and beyond.