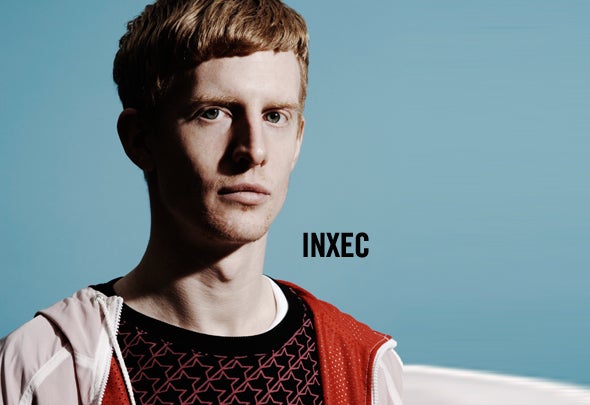 Cutting a two metre shadow, with blue eyes and red hair - its not hard to miss the sky scraping figure of Chris Sylvester, aka Inxec. As an ever rising talent with an ability not yet fully blossomed, Inxec produces music from his beloved house right through to heart breaking, thought inspiring mood sections for national radio plays here in Germany. There is no stop button in sight. Born in the early Eighties, Chris was never really inspired by music until much later on. He never played with his dads samplers or sneaking in late at night from illegal raves. He was much more the average child. He shone a light for girls and football … unfortunately neither really took a shine to him so... Fast forward. It's the late 90's. Trance is cool and drinking now legal young Chris got hot into the dance scene by spending most Saturdays in Sheffield's prime dance spot, Gatecrasher. The penny drops and the journey begins in earnest. The beat making begin and the wheels of Chris's career in musical architecture had been set in motion. His early works were manufactured on an unlikely catalyst to this story, the Playstation. Choice of software? Music 2000. As one could imagine, it took a while for things to really take shape and of course, stepping up to a more professional level of software was needed in order to create a paradigm shift. Up stepped Reason software. He has stuck with Propellerheads' finest creation ever since. Early signings included artistry for labels such as Distinctive and Renaissance recordings before Chris really found his mark in Inxec with Contexterrior records. With five delectable releases on the forward thinking Techno label, Inxec has gained respect for pushing the boundaries and never having to move away from the direction he has wanted for his sound - mostly down to the belief of his label owner Jay Haze, who has gifted the world with Inxec's pioneering flavour. Now a frequent dj and live act across the globe, and with a recent residency at Munich's Harry Klein club, Inxec is becoming a definitive name worldwide. With Upcoming releases on such labels as Cocoon and Stock 5 in the early part of this year, Mr. Sylvester will shine on us all. WWW.MYSPACE.COM/CHRISSYLVESTER WWW.COCOON.NET WWW.STOCK5.TV WWW.RESIDENTADVISOR.NET WWW.CONTEXTERRIOR.COM WWW.LEFTROOM.COM