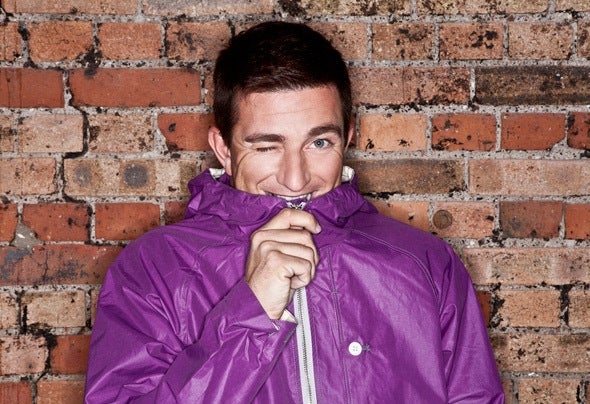 Safehouse Management Biog Feb 2012 JUST BE: BUSHWACKA!’s NEW PROJECT FOR THE FUTURE JUST BE has held many guises in his journey through electronic music. Launching his career as Matthew B in the midst of the UK acid house explosion, his identity and sound has undertaken many a metamorphosis, through Bushwacka!, The End Soundsystem, Layo and Bushwacka! to settle for the meantime on JUST BE. His continual evolution, thirst for new sounds and epic touring schedule has ingrained his many identities across the international club scene. JUST BE’s roots grew out of the underground warehouse parties and illegal outdoor raves that shook the foundations of the establishment, quite literally, and gave inspiration to a new generation of ravers. This anarchic environment gave JUST BE total creative freedom, an ethos that continues to this day in his music, always pushing the boundaries of House, Breakbeat, Techno, Downtempo and Ambient. JUST BE emerged from the melting pot of the UK electronic music scene of the late 80s early 90s and was soon hosting up to four residencies in London every weekend at some of the best parties around, from the Rat Pack to the Clink Street warehouse parties. The End - London’s legendary club, situated in an abandoned train tunnel became his home for 14 years, this residency acted as a springboard into the international circuit. From here JUST BE, in his many guises toured the worlds biggest clubs and festivals. Ever since playing under the stars at Amnesia in 1989 Ibiza has become a special place for JUST BE. He has continued to play at Cocoon, DC10, and Carl Cox’s revolution parties at Space, his sound becoming synonymous with the White Isles summer hedonism. Ibiza aside, he still retains his roots in the London scene. The London based Shake It! warehouse parties which he curates and promotes with Layo are some of the biggest in the UK. 2011 saw them taking Shake It! to Ibiza for ten dates alongside MTV in the main room at Amnesia, as well as hosting an arena at the SW4 festival in London. Music was always going to be the only career for JUST BE, from playing percussion in the London School Symphony Orchestra, performing at the Royal Festival Hall and Barbican centre amongst others. He was subsequently swept up by the electronic revolution, an environment in which he really thrived. His output has been phenomenal with six artist albums and a seventh due this year, he has produced over 120 remixes, and 160 tracks for labels such as XL Recordings, End Recordings and his own labels Olmeto, Plank and Oblong. JUST BE has an exciting 2012 lined up, with releases signed, sealed and delivered on Get Pysical, Maison D'etre, Plus 8, and Intec Digital, gigs at some of the best clubs and festivals on the circuit, and a new collaboration with Safehouse Management - the team behind some of the largest DJs and events in the world!