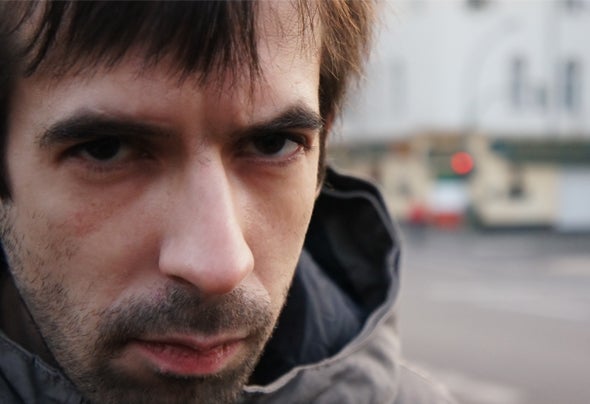 Diego Hostettler was born in 1980 in Bern, Switzerland As a child he grown up with jazz, at least cause his father was a professional jazz musician. At the age of 6 he started to play the piano. At the age of 11-12 he focused more and more on rap music such as public enemy and ice t, but also by Todd Terryís early HipHouse tunes. After having bought two turntables and a mixer, he began deejayin in 1994. In 1996 Diego started to build up his own studio. He started to send out his first demo tapes in 1998. An introduction to Stefan Riesen from Phont Music in 1998 led to his first release. Towards the end of 1999 he got in touch with Heiko Laux and released the ìSuperpositions EPî, followed by several 12inches and 4 albums! In summer 2000 Diego meet the former drummer of legendary hardcore bands like Discharge and Flux of Pink Indians, Dave Elsmere aka. Voco Derman. Diego and Dave were two of the first artists to upload their tracks in the early days of mp3.com. There they met and from then on they tried to develop a common functioning. Diego & Dave realized a common taste in music and share the same ideas about the free distribution of music. Chatting about ìPlagiarismî on the net, both agree that the further development of a given musical system is rather interesting and not a thievery of ideas. Shorthand they decided to musically elaborate the Basic Channel like Dub-Techno and started producing. Of course all results were constantly uploaded and made public. (Over 77í000 downloads to Date !! :) Having released 4 of the more technoid tracks as Diego & Voco Derman ÑRaster EPì (ka 51) on Kanzleramt a k2o mini-album contains 8 of the calmer tracks, configured for the project name Shapes & Forms got released. In 2001-2005 Diego played sets at clubs all around the globe. In 2003 Diego released his his 3rd album ìInstant Realityî (ka85) on Kanzleramt and on new recordings for k20. Diego¥s current album ìOpenî (ka111) was released in September 2004. Based on techno, the album connetcs versatile songstyles and shows once more Diego¥s professional skills in his production. In 2010 Diego released his first EP after 5 years of abstinence on Treibstoff Records from Cologne followed by a 12" on Secret Cinemas label Gem Records. After a visit to Berlin Diego and Heiko Laux worked on some new material and produced 12" (Guadaloop/Namib) for the relaunched Kanzleramt Records. Right now Diego is working on a 12" for Damage Music Records in colaboration with the belgian artist Absent and is continuing his colaboration with Heiko Laux. A remix for Zander VT was just released on Kanzleramt and another 12" on Sonic Mind Records.