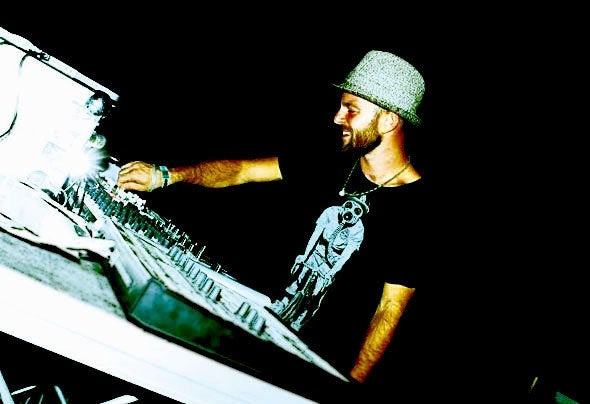 Knobs aka Diego Simonetti born in Rome on 24th June 1985 is a real cosmopolitan, he has lived and travelled abroad and finally came back to Rome in 2003. He first began fumbling with sounds on machines in 2005 inspired by live sets. He has a strong break influence in his music coming from Hip Hop as a child as well as Drum & Bass and Dubstep later in his life. He experimented producing various genres of electronic music from Trip Hop, Breakbeat, Drum & Bass, Dubstep to Hardtechno and discovered and focused on Minimal and Techno beats in 2008. He fell in love with analog gear and this love eventually struck a greater love which he expressed through making his own music. He said: ?I love producing lets me express myself which i believe is the most important thing for a person in order to find himself and enjoy his life". His tracks have been released on labels such as Nachtstrom Schallplatten, The Zone Records, Freitag, Elektrax Recordings and Smallroom Music to name some. His tracks have been played and supported by artists such as Chris Liebing, Richie Hawtin, The Advent, Paco Osuna, Laurent Garnier, Monoloc, Drumcell, and many more, lots more to come from this artist?