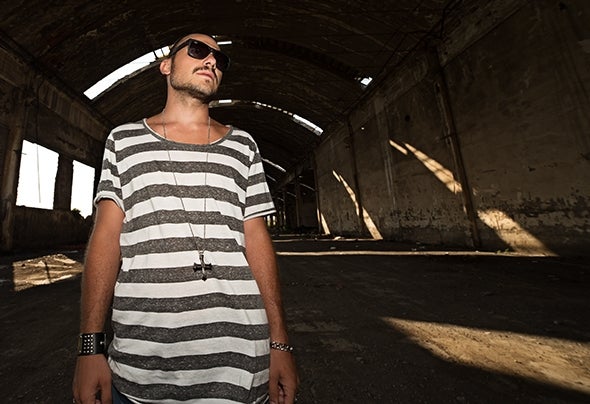 Costantino Nappi was born in Scafati (Naples,italy) on 14 November 1987, grew up in a family very close to the world of music, in all its nuances, since childhood he shows a particular interest for it. At ten years old, he knows close to the environment of electronic music entering for the first time in a club remaining so amazed by this world.At thirteen, began his DJ activities, learning fast techniques’s mixing,So begins his first dates in some "Clubs" of Naples and Salerno. Soon, he felt the need to devote himself to the production of own tracks, as a self-taught, he shows immediately a great familiarity with the use of various software, creating a true musical project with Miky Da Funk. This route production, he does get a good results very fastly, going out on important Label. This project, also called "ekletric", still continues , characterized by the production of various musical genres (techno, House, Chillout, Minimal, Progressive, etc.), its sound is supported by dj’s like:umek, spektre, dandi & ugo, piatto, joseph capriati, markantonio,len faki,popof,the advent,richie hawtin,billy nasty,mistress barbara,Koen Groeneveld,Paul Van Dyk ,harry cho cho romero,Technasia