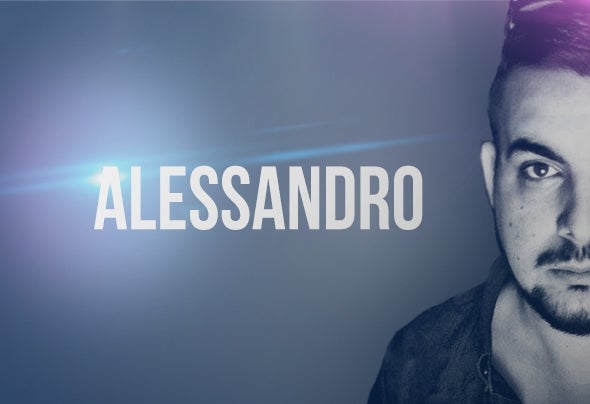 Alexander Tachev a.k.a Alessandro was born in Pleven, Bulgaria. He has been interested in music ever since he was a young boy and at the age of fifteen he started showing a passionate interests in electronic music.As a result, his addiction to music and dj-ing paid far too well. He won a radio show contest and on 9th February 2009 he started his own radio program called "Invisible Sounds" which was broadcast on Vibes Radio Bulgaria focused on minimal techno sounds. Then came his first performances and gigs held in his home town of Pleven. After that Alessandro became interested to composing and producing electronic music. Up until the end of that same year, he created his first single called "Solar" which immediately topped the hit charts around the local clubs. In the early 2010 Alessandro created some really impressive tracks that were launched on air by some radio stations and played in some of the best bulgarian and foreign clubs. On the age of nineteen he gets his first international dj booking in Cairo (Egypt).After that inspired by the underground artists and music he found his own label for minimal / techno / progressive music called "Innertek Recordings". His style is supported by: Markus Schulz, Paul Oakenfold, Subfractal, Lish, Neftali Blasko and many more.So folks, stay tuned and keep an ear on Alessandro's upcoming masterpieces, because there will be so much for you to enjoy in the near future :-)